The busy people at College Humor have a new Star Wars video that’s bound to go viral – at least among we Geeks.

It’s a Google/ Star Wars mashup that is a mild mannered spoof of “Parisian Love”. Parisian Love is the video that Google used as its first TV ad ever – the one that aired during the 2010 Superbowl.

I also think the thumbnailed used to show what the video contains may also help encourage some people to watch it! Ahem. 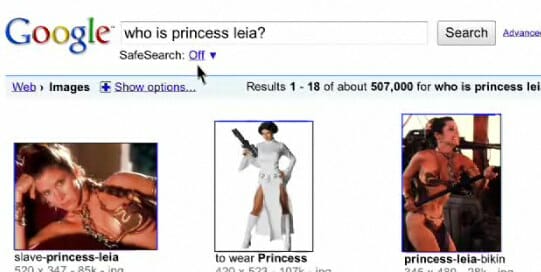 In case you want to compare that to the Google original; here it is!