How many years are we away from putting buildings on Mars? NASA is running the 3D-Printed Habitat Challenge, paying out $3.15 million in prices to see what the best designs for buildings on other planets might be. NASA is looking even further away than the red planet.

Let’s see the winners of the most recent phase.

Team Mars Incubator used computer modelling to show its modular habitat. Each module in the building is a separate room, connected by an adaptable bridge and this helps seal off parts of the building in an emergency.

The design puts pentagons and hexagons together to form the shapes they need. The ability to use the same basic blocks to build very different shapes will be important as they help reduce shipping costs and maintenance challenges.

Team Mars Incubator came third in this phase of the competition.

Team Zopherus’ strategy is to make use of the materials they expect to find on Mars. This tactic essentially makes use of a huge 3D-printer and a rover that collects the material the printer needs.

The habitat was inspired by biology, building itself in a similar way a colony might.

HDPE (High-density polyethylene), a recyclable thermal plastic, is used with the Martian concrete to help protect the building from the stresses of heat.

This design came second in this phase of the challenge.

The team that won this phase of NASA’s space building competition is Team SEArch+/Apis Cor. SEAarch+/Apis Cor’s design is called the Mars X House and pays close attention to the pressure challenges on the planet.

Mars X House also uses HDPE and is reinforced with vertically twisting ridges on the outside. In the design, on the outside, you can see the emergency exits that each of the habitat’s three zones has.

This is another design that’s mindful of the high costs of flying materials up to Mars and so it also mixes up re-using features of landers, raw goods from the planet and whatever is at hand.

These three designs will now go on to a grand showcase and compete for a $800,000 prize. 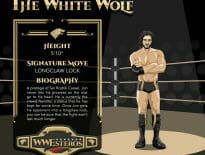 Art WWEsteros is an insane Game of Thrones and WWE mas… 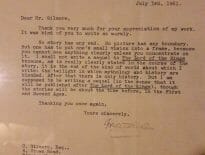