Mordin is one of my favourite characters from Mass Effect 2. He’s funny and therefore worth keeping alive.

If you get to know Mordin well enough he makes mention that he’s even sung. Continue that chain of chat and he’ll give you a quick song. A highlight of the game.

Mordin’s song is inspired by Gilbert and Sullivan. The original is the “Major-General’s Song” from Pirates of Penzance. It’s considered a Patter song; which, if you forgive this poorly educated blogger, seems to be a bit of an opera rap! It has a fast tempo, a rapid succession of rhythmic patterns and each syllable of text corresponds to one note (says wikipedia!).

Here’s an example (the poor quality video fixes in seconds);

time to read: 1 min
Games Codemasters sells 50% of itself to Indian entertai… 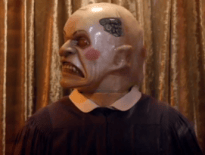 TV The Beast Below – Smilers
wpDiscuzComment Author Info
Manage Cookie Consent
This site uses cookies 🍪, and links are ads that may earn bloggers some money 💰, and with this alert, I very much hope that these dark truths 🧌 are acknowledged.
Manage options Manage services Manage vendors Read more about these purposes
Preferences
{title} {title} {title}