Women in Games WIGJ has their Facebook sponsored conference in London this month. Tickets range from over £100 to over £300 for the event held in the Universty of London at Northampton Square. Tempted? You can still buy tickets at Eventbrite.

WIGJ is a not for profit organisation and a professional network for women in the video, mobile, online and esports roles. Maybe there’s no need for tabletop and traditional games representation?

The two-day event will have over 40 speakers from across the games industry to share knowledge and experience while highlighting the need to promote diversity.

This week they announced their headline speakers.

Sharon Hodgson MP will give the keynote speech at the conference. Hodgson is the Chair of the All-Party Parliamentary Group on Video Games. This Parliamentary Group works closely with its secretariat the Association for UK Interactive Entertainment to promote the games industry’s economic, technological and cultural contributions within the UK Parliament.

I am delighted to be addressing the Women in Games Conference. It is a truly fantastic opportunity for the industry to come together and discuss ways in which Women can be better represented in what is a thriving sector in our economy. As the only Sharon to have ever been elected to Parliament, I am all too familiar with the barriers that women have faced in politics, and I know that women in the games industry will have faced similar barriers. Although progress has been made, there is much more work to be done before we reach the stage where our politics truly represents society. The Games industry can, and should lead the way in ensuring women’s voices are heard across society.”

Facebook’s Catalina Lou is the other headliner. Lou spent 10 years at Electronic Arts, most recently as General Manager at EA’s Play4Free. She joined Facebook in 2018.

Facebook has a rich history in broadening the audience for playing and building communities around games, but there’s more work to be done. Today, the gaming industry doesn’t fully reflect the audiences it serves or the stories it tells. Facebook is committed to supporting diversity initiatives in games and encouraging people from minority and diverse communities to lean in to the industry and into leadership positions. We are excited to be the headline sponsor of this year’s European Women In Games Conference and are looking forward to sharing some inspiring stories and demonstrating Facebook’s commitment to transform the gaming industry for the better.”

Facebook is working hard to reignite their platform for gamers. They’ve been making progress on their own AR games for Messenger (while dropping their cut of Messenger games sold on Android) and, of course, have the Oculus as their VR device. 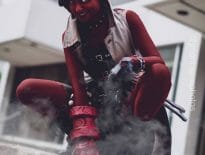 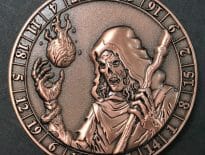