You are here: Home / Geek Stuff / Scientific research shows that sci-fi and fantasy fans are a top choice for romantic partners

Researchers from the University of Oklahoma, led by the psychologist Stephanie C. Stern, suggest that fans of fantasy and sci-fi genre have more realistic believes about romantic relationships compared to those who read romance or even highbrow fiction.

What’s going on? In the research paper What you read and what you believe: Genre exposure and beliefs about relationships the team found that; The study researched 404 adults (with just over half identifying as female) as a result of an online recruitment process. The methodology gauged the recruits exposure to seven different genres through a test of knowledge. This approach allowed the researchers to assign people to segments for the classics, contemporary literary fiction, romance, fantasy, science fiction, suspense and horror.

The next stage was to assess the recruits against unhelpful and incorrect myths: “Disagreement is destructive; mindreading is expected; romantic partners cannot change; the sexes are different; and the expectation of sexual perfection.”

People taking part in the test had to use a six-point scale to express how strongly they agreed or disagreed with statements about these myths. For example;

When couples disagree, it seems like the relationship is falling apart.”

I wonder if geeks would be surprised at the results. It turns out that people who aligned firmly with the romance genre were more likely to believe in the myth about the sexes being fundamentally different in their wants and needs.

In particular, sci-fi fans were good at throwing out the notion that disagreement is destructive and that partners cannot change.

Research by Jessica Black, Stephanie Capps and Jennifer Barnes, again from the University of Oklahoma, suggested Sci-Fi and Fantasy fans have a more permissive moral style in relationships.

That research also suggested romance novel fans were more likely to view the world in black and white tones.

It’s worth noting that what is ‘permissive’ to one person might be described as ‘loose’ by another. In this earlier research perspective is very important.

Interested in digging into the details yourself? The research has been written up for the American Psychological Association, and you can buy the paper online for just over ten bucks.

Photo by Maia Habegger on Unsplash. 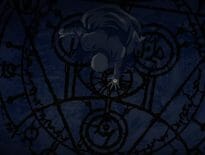 Movies Enjoy the trailer for Constantine: City of Demons… 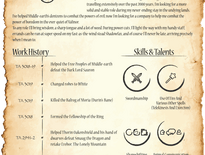