You are here: Home / Geek Stuff / Sites / 10 most popular horror movies on YouTube

YouTube is absolutely vital for movie makers these days.

As a blogger one of YouTube’s biggest perks is the ability to embed videos without importing a whole chunk of social network mechanics, which some readers might not be part of, into posts. This means we can share movie trailers as and when they come out and readers get to chat about them in the local Geek Native community.

YouTube is also the world’s second largest search engine. Want to re-watch a trailer from your childhood? Check YouTube. As a result Facebook is a place where videos arrive with much buzz but then vanish whereas on YouTube they remain as undying echoes of the past.

The 10 most watched horror trailers on YouTube have quite a history. The eldest movie in the list dates back to 1988. For context, 1988 was when the second edition of Dungeons & Dragons was published. 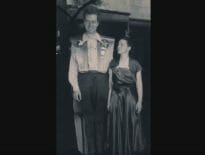 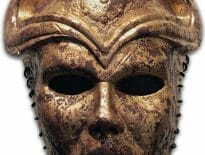 Geek Stuff 12 Masks of Halloween: #8 Sons of the Harpy
💰 Copper Coins 💰 Geek Native is an affiliate and may earn commission on purchases you make from third-party sites.
🍪 Privacy & Cookies 🍪 The site uses cookies to survive. By accessing the site, you agree to use your browser to control cookie use or take 1d4-3 privacy damage (tracking). If you defeat cookies via ad blocking, please consider the Patreon. An intro to cookies, and how to control them, can be found here. I Manage Cookies