Reaper Miniatures is known to many gamers because of a series of very successful Kickstarters. It’s Gen Con week and the company seems to be taking the steps necessary to ensure they don’t become known for other reasons.

CEO Ed Pugh had to take to Twitter to say;

It has to our attention that one of our employees became involved in a series of controversial posts on social media. We are deeply embarrassed that our company name has been associate with these statements. Reaper’s culture values diversity an equality, and we do not support, condone or agree in any way with the views the employee expressed in that discussion. We are reviewing the matter and taking appropriate action.

Geek Native has seen the thread in question but will not name the individual in this post or link to the discussion. However, the employee has a senior job title at Reaper. A summary is dangerous but the employee failed to condemn the Nazi attacks in Charlottesville.

In one reply the employee wrote;

Well, in the end my personal option has nothing to do with Reaper. You are the one implying in some way that it does. Just like you are implying that I am a NAZI apologist simple because I dislike the activities of the AntiFA.

Tabletop gaming has drawn on diverse backgrounds from the very beginning – with some Christian conservatives coming to accept the hobby. This blogger has played in LARPs where the undead where known as unliving entirely to satisfy religious demands and games were ‘gods’ were known as ‘ancestor spirits’ for similar. However, this European would struggle to sit down and dice with any gamer who would fail to condemn Nazis or who tried to draw an equivalency to those who oppose them. The United States lost 407,300 soldiers fighting Nazi Germany, Japan and allies in World War II. 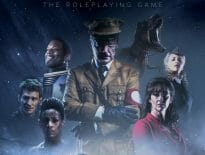 Tabletop & RPGs Iron Sky: The Roleplaying Game in the works 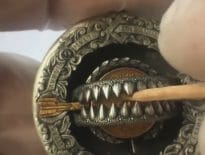