You are here: Home / TV / Anime / What are the titans up to? Attack on Titan season 2 trailer

After a long wait we finally have a trailer for Attack on Titan season 2. It’s full of action and raises a host of questions.

We only get to see a little of Eren Yeager but there’s plenty of Titans. In fact, it looks like there’s new special Titans insofar as they’re fighting others. There’s a big comment made 57 seconds into the trailer. It may not be accurate but a character says; “Titans have been protecting us from other Titans this entire time”.

Another twist to the trailer is that Funimation seem to have blocked it from being viewed outside the US. There are plenty of clones online, though, including the one used in this post. Does this mean Funimation only has the US license? Attack on Titan is available via Funimation Now so they may be eying the streaming rights. Funimation’s partnership with Crunchyroll, which is where I watched the series, might also be a factor.

What are the titans up to? Attack on Titan season 2 trailer 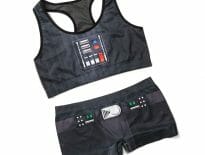 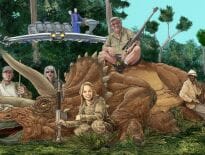