I had hopes but low expectations for the Constantine TV show. Of course; I liked it, no one else did and it was cancelled. When I say ‘no one else liked it’ I mean its ratings were bad. I haven’t actually found anyone who admits to not watching the show.

After the show was cancelled Matt Ryan’s Constantine made a cameo in Arrow, was name-checked in a later episode and there was some hope of renewal.

Some media outlets are reporting that the CW will pick up Constantine for season 2. Geek Native can’t find any proof, headlines turn into speculation. As Michael Jay Toledo writes at BitBag it is also possible that Constantine becomes a character in Arrow or appears in Legends of Tomorrow.

After all, CW president Mark Pedowitz confirmed last year that there would be no more hero spin-off shows (although Supergirl did then jump from CBS to CW). 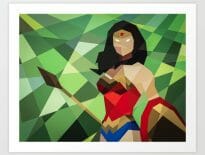 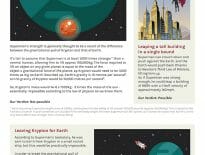