You are here: Home / Geek Stuff / Men more willing than women to dabble in Necromancy 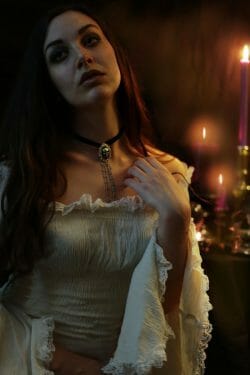 Last year Geek Native had a copy of Finn Fancy Necromancy by Randy Henderson to give away so we ran a little competition.

In the novel, the necromancer Finn Gramarayre returns to the mortal world after being exiled for a crime he didn’t do. There’s more than culture shock to deal with as dark forces begin to mobilise against him in the quirky comedy.

Since the book’s central character is a necromancer and talking to the dead along with the trouble that causes is key to the plot our giveaway asked a simple question; would you talk to the dead if you could?

Now, as is always disclosed in Geek Native’s little stat shares running a competition isn’t best practise for clean data gathering as people sometimes don’t care about their answers (hey, but is that worse than asking people on the street?) so take the numbers below cautiously.

That said; we saw a significant difference between male and female responses. Men are about 50% more likely to opt for the dark road of necromancy and the power to talk to the dead than women.

In the poll 72% of men said they would talk to the dead if they could compared to an equal 50/50 split among women.

Why do you think that is?

Does this put to bed the stereotypical image of fake mediums preaching to theatres filled with middle-aged women all interested in hearing from granddad?

Would you talk to the dead if you could?

Men more willing than women to dabble in Necromancy 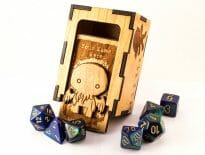 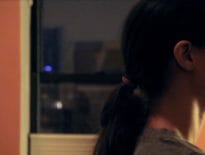