You are here: Home / Games / Console / Sponsored Video: A 145mph jump into battle

Just Cause 3 is all about fun and chaos. This manifests as blowing stuff up. In fact, one of the changes between Just Cause 2 and the latest game is the introduction of infinnite C4. Previously, you had to buy the explosive, but you won’t have that burden in the sequel.

This 18-rated game from Square Enix and developer Avalance Studios (who also worked on Mad Max) makes use of some 400 square miles in a fictional Medterranean archiplelago called Medici. That’s room for penty of explosions. Just Cause 3’s AI adapts too; if you “borrow” a tank then the NPCs you’ll encounter will have a chance of being able to blow it up.

If you’d rather something faster than a tank for the protagonist Rico Rodriguez to get into then game also offers up fighter aircraft, ships, planes and a range of exotic cars. Result? Plenty of explosions.

There is no shortage of weapons either. Missile launches and shotfun RPGs seem just the ticket if you find yourself needing to grab the attention of a passing sports car or two.

The games’ iconic weapon/transport combination, however, are more understated. Rico uses a powered grappling hook and a parachute. These are both back in Just Cause 3. Rico’s been given an always-equipped wingsuit as well.

The island of Medici has been designed to have plenty of vertical space. Even if you’re not jumping out of a plane there are plenty of places to climb; from buildings all the way through to subterranean caverns. Every item (and NPC!) on the game is a valid target for the grapple.

If you can climb then you can jump. The parachute in Just Cause 3 is stable enough to allow gun fights to happen in the air but that also makes you a bit of a target. If you want to move through the air quickly then the wingsuit is ideal. 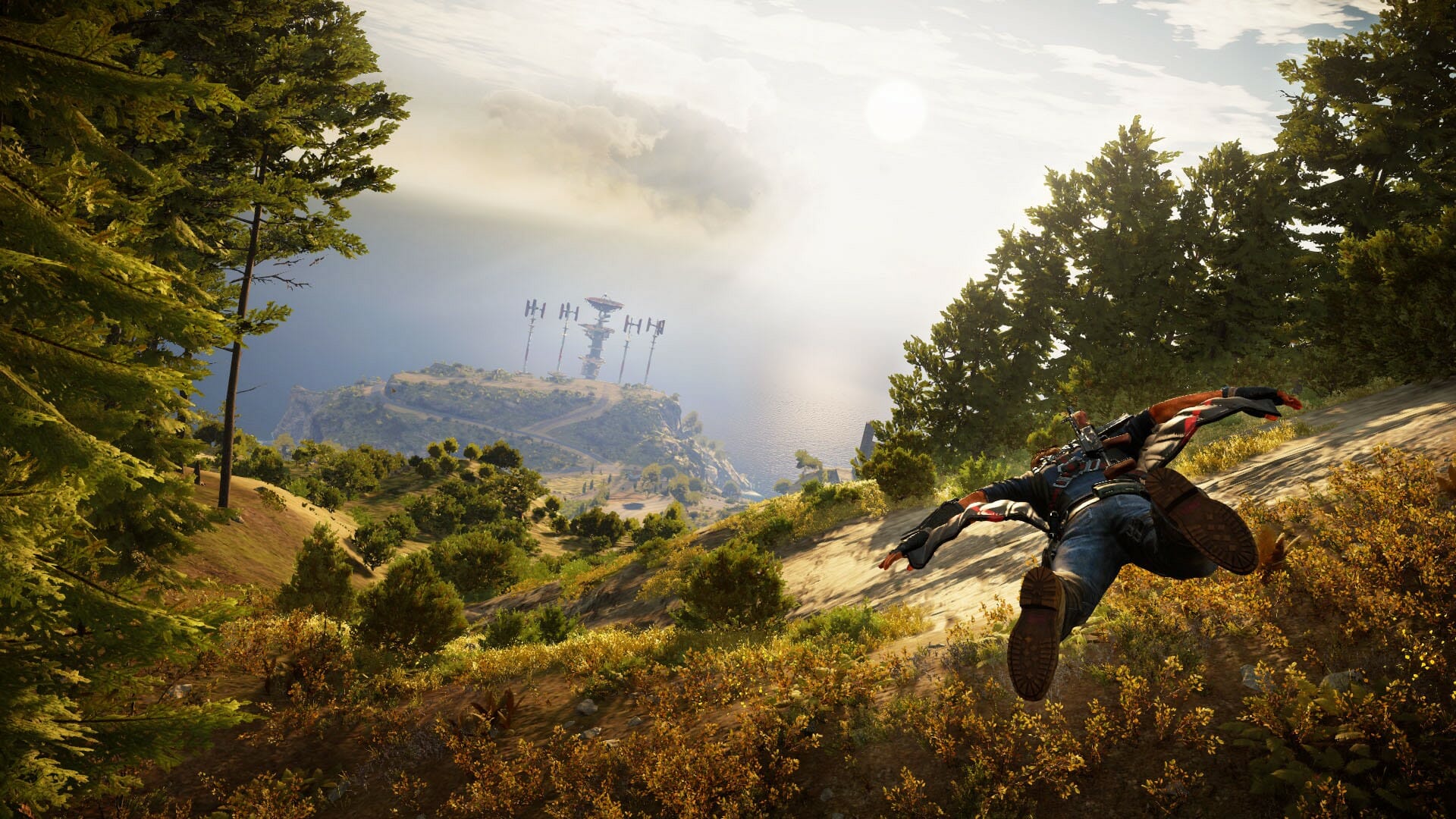 Wingsuits allow you to reach speeds of about 145mph (that’s 235kph). In the video footage from the game there’s a clip where Rico is barely above the ground – just imagine getting that low at such high speeds. Imagine, also, whipping out your shotgun RPG to engage the enemy once you land.

Wingsuits can go faster. Developed in the 90s and originally referred to as birdman suits the typical “falling speed” is about 90mph, with the wind behind you that can easily push up to over 150mph and the fastest recorded wingsuit speed is an incredible 225mph. That speed, which is a Guinness World Record, was achieved by Shinichi Ito of Japan in a jump over Yolo County in California. Ito was in full HALO gear and wearing a “Vampire 3” wingsuit.

Disclaimer: The video in this post is sponsored by Square Enix. The written text, typos and hidden message, are all mine. Money earned goes toward hosting costs. Phew. 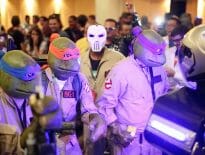 Geek Stuff Did you miss the cosplay at BlizzCon 2015?
wpDiscuzComment Author Info
Manage Cookie Consent
This site uses cookies 🍪, and links are ads that may earn bloggers some money 💰, and with this alert, I very much hope that these dark truths 🧌 are acknowledged.
Manage options Manage services Manage vendors Read more about these purposes
Preferences
{title} {title} {title}
Loading Comments...