This is a guest post by Sarah Lynne Bowman, Ph.D. is a role-playing studies scholar and adjunct professor in English, Communication, and Humanities.

Historically, one of the most common worries about role-playing games has involved concerns about their psychological effects. In the past, alarmist parents and other non-gamers have complained that RPGs might negatively impact participants, leading to occult activities and players “losing touch with reality.”

While such claims are laughable to people who actually engage in tabletop and larp games, researchers and practitioners in these communities have become increasingly interested in the psychological impact of enacting characters in a fictional world. Therefore, the topic of establishing safer spaces in larps – both physically and emotionally – is one of the key concepts we plan to cover at our upcoming Living Games Conference, which will take place May 19-22, 2016 in Austin, TX.

In order to engage participants, role-playing games often offer intense experiences that sometimes leave a lasting impression upon their participants. These impacts are particularly potent in larps, where players physically enact their character actions, although immersive tabletop and online games are also potently powerful. When experiences within a game emotionally affect players out-of-character, the phenomenon is known as bleed. Similarly, emotions and relationships from mundane life can impact events that transpire within the game space.

Bleed is neither positive nor negative, though people have different reactions to bleed experiences. Some groups, such as the Nordic larp and the American freeform communities, often actively design games to create bleed experiences, finding them powerful and impactful. Other players avoid bleed at all costs by maintaining a strong sense of alibi, meaning that they adhere to the psychological principle that their character’s personalities and the events of the game do not represent anything in reality.

While alibi is necessary in order for a game to function, my recent research has demonstrated (PDF) that our real lives can affect game events and visa versa. Sometimes, these impacts can lead to players experiencing lasting feelings of alienation, depression, or anxiety, especially when the culture of the game does not promote open, serious, and compassionate discussion regarding player emotions.

How can role-playing communities establish safer spaces for their participants? Here are some suggested steps:

The more trust that role-players can establish among members of their community, the more comfortable individuals will feel increasing the intensity of role-playing experiences. Role-playing games are intended to push the boundaries of what is possible in reality. Trust helps players push boundaries even farther when they know that their community will support them through any difficulties.

If you would like to learn more about strategies for player safety, please join us at the Living Games Conference, where we plan to have additional keynotes, panels, and workshops on this important topic.

Sarah Lynne Bowman, Ph.D. is a role-playing studies scholar and adjunct professor in English, Communication, and Humanities. She is the author of The Functions of Role-playing Games, the editor of the Wyrd Con Companion Book, and the lead organizer of the Living Games Conference. 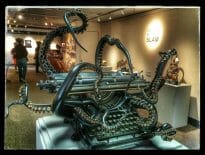 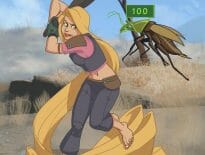