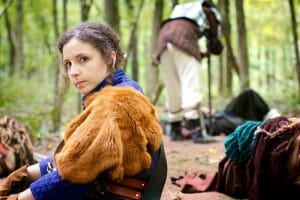 Kristin Brumley is the creator and executive producer of Basic Adventuring 101, a webseries about Live Action Role Play (LARP). The series highlights women in the hobby as well as in the Indiefilm world, and is currently looking for audience support on their Seed&Spark campaign.

Whether you are in a LARP, playing a game of Dungeons & Dragons, or you are writing your own novel, you see these character backstories everywhere.

Character tropes are fun to play. They are simple, and they have inherent conflict that bring interest to a story. There is a reason why so many people choose these sorts of backgrounds for their characters.

However, it’s time we recognize these character backstories are a lazy form of character development which becomes hard to maintain in a group setting such as a LARP or table-top game.

Your tragic past is marked by the fact that you have no family alive to speak of. Your parents died in a tragic accident or brutal murder, and so you have no ties or responsibility to speak of in this world.

But at least you’re not the only one!

With the amount of people you’ve met who are also orphans, it’s quickly become apparent that this is a prerequisite when becoming an adventurer.

This one goes hand in hand with Number 5. Your dead parents or family were brutally murdered, and so now you are seeking revenge. You would stop at nothing to enact the same punishment on whoever caused you your tragic backstory.

Unfortunately, because everyone around you is also dead-set on revenge, your LARP has become the next setting of a brooding vampire novel.

You come from a very rich and powerful family, but you gave up that lifestyle–either for necessity, or because of #5 and #4.

How dare these peasants treat you like a lower class citizen. You are nobility! And for some reason so is everyone else around you.

What better way to write your backstory, then to write none at all. With amnesia, you don’t need to do any research, or really any work at all. Your character simply does not remember what happened in the past.

Since no one in your group has any real backstory to speak of, you never really have any conflict at all! It’s really a win-win situation.

You, above everyone else, are one special snowflake.

You are different from everyone in your family, and it’s all up to you in order to save the world. You’re smarter, better looking, and all around more special than everyone else. If you were nobility, you should be. Who needs parents when you are Superman?

As well as all those other special snowflakes trying to be as cool as you.

Perhaps it’s time we consider some better character backgrounds when playing in a group setting. There’s a big difference between playing a solo-player video game and crafting a story with 3-50 other people.

What other character tropes have you seen in a game that didn’t work? Are there instances where the above backstories worked better than expected? Share with us!

To see more of Kristin’s work and check out Basic Adventuring 101 , visit the Seed&Spark page.

Time to rewrite my character backstory…

So if I’m the kings only child, and even though I’m talented, smart and pretty I couldn’t save the kingdom and my parents when the ork emperor raided us- so I vowed to abandon everything and take revenge on the ork emperor, but I’m cursed to not remember any of it until I will stand face to face with the emperor and take back my father’s sword — I win, right?

“The only part of my family I have left is this overpowered magic sword. That returns to me when it’s stolen. Within a day. Also I’m related to [this guy] who already plays and is crazy high level. I didn’t ask him, but he should be okay with it.”

You want a unique back story? Meet Terrinbar Timberaxe. Born to a Mountain Dwarf father and a Hill Dwarf mother, Terrinbar was one of the few dwarves to be born under the stars and spend much of his early youth far away from the mountains his kin call home. His first foray into a cave turned out to be disastrous. He and his older brother Dunbar were investigating a local cave in search of jewels when the young dwarflings were set upon by a gang of vicious bugbears. Terrinbar, so young that he didn’t even have yet have stubble on… Read more »

belemrys Perhaps you can find a magic ring? :)

@Darya Only until you discover the ork emperor has died and his orphaned son was abandoned, unaware of his true heritage, set on his angsty way by a prophecy that’ll he’ll have to battle the broken child…

MeanderingMage You’d have to have one of your friends as a Ref to get this background approved. Oh. Wait. Yeah…

Born the 4th son of a fisherman. Mother died in childbirth. Conscripted into a civil war that has been going on for hundreds of years. Earned a name and a place for himself as a pirate hunter. Purchased land with his prize money. Was a good and kind land owner to the people. Fell in love with someone who didn’t love him. Felt the terrifying press of inevitable death. Sought dark powers and found them. Became cruel. Used his dark might to dominate his love and convince her that she loved him. The dark power uses him to end the… Read more »

I just came across this, and I love it! 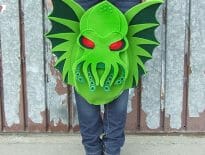 Geek Stuff Dragon and Cthulhu bags for gamers and geeks 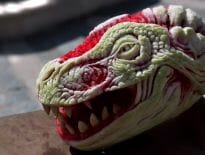