You are here: Home / Books / Grace and the Arsehole: Deleted scene from A Quantum Mythology 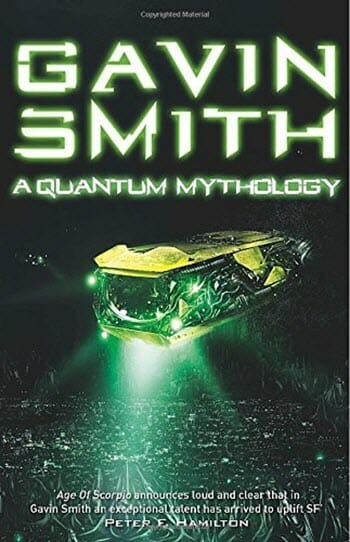 We are delighted to welcome Gavin G. Smith for a special guest post. Gavin’s new book A Quantum Mythology is out now in bookshops and we are thrilled to share with you a deleted scene from it. Gavin G. Smith’s new epic space opera is a wide-ranging exploration of the past, present and future of mankind.

This exclusive extract comes to Geek Native complete with commentary from sci-fi author Gavin G. Smith. The book, A Quantum Mythology is out now. The space opera is a wide-ranging exploration of the past, present and future of mankind.

A note from Gavin G. Smith: The idea for this small scene came from a story I was told about some thug trying to glass a woman who was a kickboxer in a pub in Nottingham. Reading it back now, I like the interruption and Grace’s sadness at the whole affair.

Grace and the Arsehole

There had been the exchange of ritual insults. Then had come the removal of the shirt, to display steroid muscles and bad tattoos, just another part of the ritual. Then came the percussive part of the build up to violence, the unmistakable sound of a bottle being broken. The audience had gathered in a circle of Ben Sherman shirts and alcohol-blotched faces.

Grace stood in the middle of the circle, arms crossed, bored, waiting for drunken fight practice to begin. She was having where she had gone wrong explained to her. The townie didn’t normally hit girls, apparently, but she had a big mouth. Despite the posturing this wasn’t going to be a fight, apparently, he was just going to teach her a bit of a lesson. Then her phone rang.

“I’m really sorry,” she told the stripped-to-the-waist townie who was engaged in the fight part of his fuck-or-fight response to being out on a Saturday night.

“Hey, Malcolm, this isn’t a good time.” There was a pause as she listened to the caller. “No, I disabled it, I hate being tracked.” Another pause, then her face dropped. “Okay, it’s activated again.” She hung up and turned to the apoplectic townie. “I’m really sorry, work. We’re going to have to make this quick.”

He was actually fast, and powerful, but he telegraphed his blows. She’d read what he was going to do before he’d even moved. The broken bottle stabbed out directly towards her face. She stepped to the side. One hand caught the wrist, the other swung inside his reach, the blade of her forearm contacting with his elbow. She tried not to hit the elbow so hard that she broke it. She failed. The cracking noise the breaking bone made echoed down the side road. The townie howled, and staggered away from her. Grace was impressed that he was drunk and high enough to try and punch her with the other hand. She ducked the clumsy blow. The momentum spun him round. She kicked him between his legs. She tried not to kick him so hard that she ruptured his testicles. She failed. His scream sounded inhuman as he sank to his knees, a dark patch spreading across his trousers.

“Remember, I did this to you wearing heels,” she told him, as she walked through the circle of his mates, who moved aside for her. She walked up onto Broad Street. It was lined with garishly lit bars and clubs. The bouncers on the door of the strip club eyed her warily. She ignored them as she turned right and started heading back towards the Queensway. She crossed over the canal, the Symphony Hall on the other side of the road. The vehicles on Broad Street were mainly taxis. The pavement was full of noisy, drunk people but most of them were just out to enjoy themselves, the odd arsehole notwithstanding.

She saw the black Range Rover. She watched it upset a number of taxi drivers as it made a U-turn and swung onto her side of the road. Du Bois pulled the vehicle up next to her. She walked around it and climbed into the passenger seat, causing more angry horn use from a taxi driver behind them. She gave the man the finger.

“There’s been another one,” du Bois told her. Grace just nodded and with a thought started converting the alcohol in her body into something useful. Sobering up in the process. “You alright?”

“It’s just another Saturday night,” she said quietly. Du Bois nodded as if he understood.

Grace and the Arsehole: Deleted scene from A Quantum Mythology 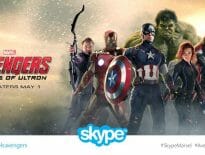 Movies Skype with the Avengers 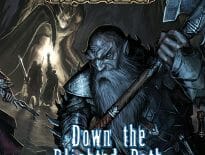