You are here: Home / Geek Stuff / Sponsored Video: Will Grenoble show us the sci-fi future is here?

When you hear people discussing possible solutions again and again then you know they agree that there’s a problem. I keep on hearing about car-sharing as an important part of our future.

British comedian Peter Kay has a whole new show, called Car Share, that will be part of the BBC’s new summer line-up. It premiers this month as a live show in Blackpool. When the news of month long disruption of the crucial commuter railway between Edinburgh and Glasgow was published by Alastair Dalton of the Scotsman newspaper I saw Twitter discussions about Liftshare.com as an alternative. It seems people agree; we need to get smarter with cars.

Just how smart can we get?

It turns out that Toyota in Grenoble may have a solution, Ha:mo, that works with key partners like EDF, Sodetrel and Cite Lib to bring a sci-fi future straight to the city.

What’s the “last mile problem”? You might ask… think about Futurama and their transport tubes. You know the ones; Fry walks up to the transport tube, gets sucked in, hurtled through the city and spat out at the end. Sounds clever but he had to walk to the tube in the first place. What if there wasn’t an entrance near his home? That’s the “last mile”. With the EVs Cite lib by Ha:mo is trying to ensure there’s a door-to-door sustainable travel solution in Grenoble. 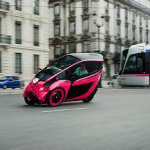 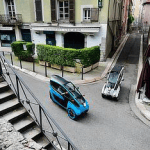 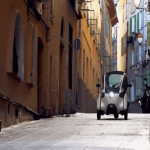 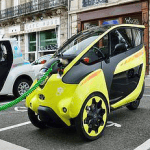 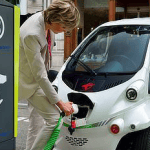 The car-sharing solution Toyota and partners are bringing to Grenoble use EVs known as i-Road. This is a vehicle that is only 870mm wide and has left and right front wheels which can move independently. The quirky front wheels means the i-Road leans as you take a corner. The i-Road’s lithium-ion batteries are enough to last for about 50km on one charge and produce zero CO2 emissions.

The two-seater i-Road rather reminds me of a cross between a car and a motorcycle. It takes up the space for the latter while being as comfortable as the former. This may be the geek in me speaking but I think the Toyota EV looks rather cool too – definitely something from a sci-fi future.

Disclaimer: The video in this post was sponsored by Toyota. The coverage, research, opinions and typos are all mine. Money goes towards hosting costs.

Sponsored Video: Will Grenoble show us the sci-fi future is here? 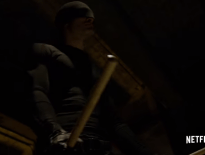 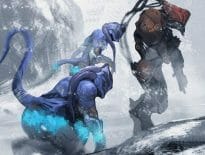