Overwatch is a new gamble, a new hope, for Blizzard Entertainment. The game is a multi-player, first-person shooter set in a new game world. It’s set in the future, with advanced technology and a global crisis.

The game is described as easy to learn with Blizzard using the phrase “pick up and play”. They’re going after the esports market with this one.

Announcing the game to press, Blizzard mentioned four of the game’s many characters; Tracer, the British test pilot with teleport and reverse time, Reinhardt, a German soldier with battle armour and a rocket hammer, Hanzo, a Japanese archer who can climb walls and track enemies and Symmetra, an Indian architech who can manipulate light and energy for shields and teammate teleports.

Do you think this is enough of a Plan B to cope if World of Warcraft falls out of favour? 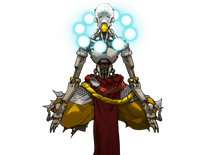 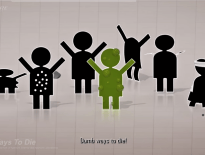