You are here: Home / Games / Tabletop & RPGs / On A Mud-Slick Road to Hell: Review of Dead Light 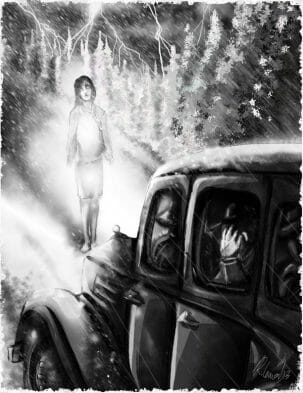 Survival horror in Cthulhu – the chances seem slim, right? I mean, without even saying the words ‘survival horror’, most people who play games based upon the entities of the Cthulhu Mythos probably don’t have anything like a 10 Year Plan or bother investing in a 5 Year Diary. Investigators into the Mythos probably wouldn’t identify their career choice on an application for life insurance or medical cover.

When I saw the tagline for Dead Light – “Surviving One Night Outside of Arkham” – it didn’t seem necessary to raise anyone’s hopes that this might be a walk in the park (unless that park happened to be hosting a Mi-Go Brain Jar Appreciators’ Festival). On the other hand, the genre of Survival Horror seems most associated with our own modern era, rather than the 1920s.

What does Dead Light have to offer – other than, presumably, poor chances of character advancement?

Form
Dead Light is an adventure supplement for Call of Cthulhu, published by Chaosium, and written by Alan Bligh (along with a small team of contributors). As well as PDF – the version reviewed, you can pick the adventure up as a physical book. At 36-pages, it’s a slim booklet – but I’m impressed that Chaosium have made that option available. You can pick it up through Amazon, as well as more niche game-specific outlets.

Physically much of the book follows a two-column format, with three full page maps and a few scattered illustrations, mostly of the key Non-Player Characters. Having NPC illustrations makes it easy to allow the players to see who they’re talking to – just copy the images and cut them out for in-game reference.

Some of the text – especially when considering the motivations and actions of NPCs – drops in size from the standard flow of text. It remains readable, but I had to focus a little harder on the dense text when going through the adventure.

Features
Dead Light takes place in a rural backwater. The characters start out travelling in heavy weather to a rendezvous, which makes the adventure an ideal drop-in. It doesn’t much matter where they are, providing they’re out of the way, somewhere with poor roads and infrequent stopovers.

The adventure suggests the road between Boston and Bolton, Massachusetts. Even if you look at a modern map of the area, you can see heavy woodland and infrequent habitation, west of the major city. You can easily imagine how remote this would have felt almost 100 years ago.

With rain pouring down, the road turning to mud, and visibility growing progressively worse with the storm on their tail, the investigators almost run a poor woman down – and find themselves thrust headlong into a troubled situation.

The adventure takes place in a very confined, but loosely described, area with a couple of key locations. Within that space, the Keepers has a cast of characters to interact with the players, who in turn have some investigating to do. With only a couple of key locations to work around, it keeps the investigation very focussed. At the same time, it makes for fine potential for claustrophobia, loneliness and a sense of powerlessness.

The adventure describes the personalities, motivations and relationships of the characters. Throughout the text of the adventure, the writer gives consideration to the ‘What If’ situations and how the Keeper or Investigators might approach them. Each character has a brief Backstory section, detailing their beliefs, significant others and current traits – giving something for the Keeper to work with. Keepers not from New England might also want to brush up on their accents to further enhance the flavour (or provide a few moments of light-heartedness amidst the anguish and despair).

While the first part of the booklet describes the locations and the key clues, the latter half deals with how the Keeper should keep driving the action forward and ramp up the tension and suspense, then goes into detail about the non-player characters.

For reference, the adventure has no pre-generated characters and it’s definitely up to the Keeper whether they want to use this adventure as a one-off with pre-gens or a drop-in to their existing campaign. With the best will in the world, Dead Light could easily be a Total Party Kill if the Investigators take it on full bore with fist and gun. Anyone too keen for pulp action will rapidly find the survival horror reference wasn’t mere boast. The entity at the heart of the events requires careful handling, and gunfire alone will not suffice.

To me, Dead Light immediately made me think of Sapphire and Steel Assignment VI, where the elemental agents, and Silver, find themselves trapped in a garage and diner out in the back of beyond. Indeed, I’d be tempted to watch that story again before running this – as Dead Light and that story also have random travellers trapped in a diner, confused by what’s going on and subjected to unwanted interrogation by strangers. Both adventures draw heavily on the sense of isolation, heightened emotion, and complex character motivations.

Actually, the adventure makes minimal use of the gas station/garage – which due to the time of day happens to be locked up. I suspect many investigators will want to break in – despite the close attentions of the manager, but the adventure doesn’t offer any specifics about what they’ll find.

The key changes of 7th Edition, to my mind, come from Pushing checks – where you get a second chance at a skill roll at greater potential cost if you fail, Bonus and Penalty dice – where you add one more 10-sided die when rolling and take the better or worst result depending on whether the situation offers you an advantage or disadvantage, and Opposed checks – that replace the old Resistance Table and pit opponents rolls against each other attempting to get the best possible degree of success.

While Dead Light might make a fine introduction demo adventure for the new edition, it actually doesn’t use any of these mechanics, mentioning a Penalty die once in passing. It feels like a missed opportunity, and I’d reiterate the desirability to have downloaded the Quick-Start to better prepare if that’s how you’d like to use the adventure. The focus and scare potential of the adventure would certainly make for a great way to bring new players and old into 7th Edition with a bang.

Final Thoughts
Dead Light takes a group of unwary Investigators out of their comfort zone and into the heart of a storm. Once stranded and cut-off, uncertain who to trust, the adventure offers the Keeper a chance to really ratchet up the sense of danger and impending doom. With a scattering of expendable non-player characters on hand, the players can soon get a good idea that what they’re up against might snuff out their spark in a moment. Dead Light offers that Lovecraftian short story experience, where the reader has just enough time to soak up the scenery and the atmosphere before madness comes a-knocking and darkness calls.

As adventures go, Dead Light provides a good one or two sessions play, with genuine potential to even work as a convention game with a selection of pre-generated characters to kick off in media res. In the hands of a Keeper keen to show the strength and potential of the new edition, Dead Light has the simple threat and focus of purpose to keep the players busy and let them stretch of few new mechanics.

My copy was received as a Kickstarter Backer. Dead Light, Alan Bligh, Chaosium, $5.95

GeekNative thanks for the review!

On A Mud-Slick Road to Hell: Review of Dead Light 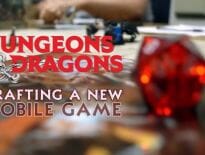 Console What will Dungeons & Dragons in 2015 look lik… 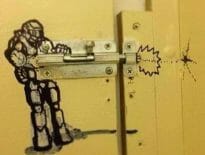