You are here: Home / Geek Stuff / Interviews / Sherlock and the fear of death: blog touring with Anna Caltabiano

Gollancz will publish The Seventh Miss Hatfield on the 31st of July. Geek Native’s review is already up and called Pride, Prejudice and Time Lords. There’s one interesting fact that the review didn’t mention as it has no relation to the quality of the story but does offer an interesting twist. Anna Caltabiano, author of The Seventh Miss Hatfield, is only 17 years old.

To accompany the launch of the book Anna is taking part in a blog tour and you can see the dates in the banner alongside. In addition, the eBook price will be £1.99 until 7th August.

Geek Native is lucky to be part of Anna’s blog tour. Since the latest book is all about the 7th Miss Hatfield we put 7 questions to the author.

What’s the elevator pitch for The Seventh Miss Hatfield? In other words; if you only had a few lines of text to persuade someone to read the book what would you say?

Most importantly, I think I’d say that the book should be something people enjoy—I think first and foremost readers will enjoy the plot and identify with the characters. It’s a story about growing up and the loss of adolescence. The Seventh Miss Hatfield is told from the perspective of a young adult going through critical transitions in her life. This book is about many firsts—first love, first loss, and the first realization that memories are fragile. The fantasy part of the book is in a way, incidental. It gives additional complexity and mystery to the plot. It’s an important part of the book, but not the whole book.

Why did you want to write it?

The concept of the story was largely inspired by my curiosity with why we as humans are always so equally fascinated and frightened by death. One interesting way to examine mortality is to write a story about immortality, and explore how the characters deal with such issues as identity, love, and loss. These are among the central issues of all stories, but by introducing immortality into the mix I was able to have fun seeing what changed, and conversely, what is unchanging in all of us. I hope that I created an enjoyable story, but left the reader something to think about when it is all over.

Many of Geek Native’s readers will be Doctor Who fans. Is there any time lord inspiration or influence in the novel?

Do you have any geeky influences for your writing?

I think a lot of different things influence me in different ways. I love looking to TV shows for inspiration, as I see them as a different way of telling a concise story with a complete world. Some of these TV shows are definitely a bit on the geeky side. I’m a huge Sherlock fan (and not just because of Benedict Cumberbatch either!), and I can’t get enough of Caprica.

If there was a The Seventh Miss Hatfield film who would you pick to play the key characters?

I’d love lesser known actors to play Rebecca and Henley. There’s something about having fresh faces without any prior major roles. I think someone like Nicole Kidman would play a strong Miss Hatfield beautifully, while still showing her vulnerability. I’d also love an actor like Donald Sutherland to play Mr. Beauford. A girl can dream!

You’re going to be called a “teen author” for a year or two yet. Are you fed up of the title or will you be sorry to see it go?

I have never really thought about this question. I am a teenager now, whether I like it or not, and in a few years, I won’t be. I don’t consciously write teenage books. I write about what I know and wish to explore. One of the exciting things about being a novelist is that I can write about whatever interests me, and as that changes over time, my books will change as well—so I will never be bored.

We’re expecting a few more books from you. What would you like to write about?

I’m currently working on the sequel to The Seventh Miss Hatfield. It’s definitely exciting to be working with some of the same characters again. It’s like meeting old friends. As for the plot, I can’t say much, but I think this one might even be more exciting than the first.

After that, I have lots of other ideas, and for some of these, I have already started to write sketches or even chapters. For these various projects, I am staying mum. As we say in Silicon Valley, I am still in “Stealth Mode.”

Sherlock and the fear of death: blog touring with Anna Caltabiano 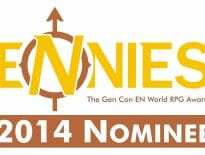 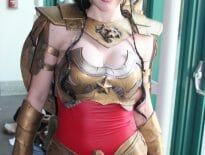