You are here: Home / Books / Competition: Win one of three new Grimm novels – The Chopping Block

A pile of bones hidden in a Portland forest leads to murder mystery for detectives Nick Burkhardt and Hank Griffin. These bones have been stripped of flesh, severed and their not animal. More skeletal discoveries make it clear; these bones were cooked before being buried. Nick, Hank and a local werewolf find themselves hunting a Wesen with a hunger for human meat.

The Chopping Block is a new novel based on the TV series Grimm. The book is written by John Passarella and out later this month. Geek Native readers have a chance to win one of our three copies.

How to enter? Log into the widget below (so you can be contacted) and click on the buttons to reveal missions. Each mission rewards you with points and each point is a chance to win. If a button reveals a second button then that’s the button you should use for the mission.

I’d like to read the supernatural series because the TV version was good but everybody knows, the book versions are always better ;)

any of his books

I think I would have to go with the Supernatural series I’m a bit fan of the TV show so it would be intresting to see how it came across on paper.

Like the supernatural.i prefer the books because they have more detail.

100% supernatural, way too obsessed with the tv show to be healthy!

supernatural i love it

I can’t pick another Jon Passarella novel that I want to read because I’ve read them all.

Want I to read a new Supernatural book, I’ve read his other ones.

i want to read the Supernatural: Night Terror

i want to read Rite of Passage. i havent read it and it looks amazing

I’d like to read Ghoul Trouble (Buffy) to remind me of the good old days watching the series!

Buffy the vampire slayer Ghoul trouble. I loved the show when i was younger and it would be fun to read a new adventure in sunnydale

Night Terror if I dare

Supernatural as I still haven’t gotten around to reading it :) x 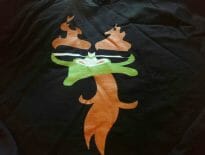 Geek Stuff Shipping Evil to the UK: A Redbubble review 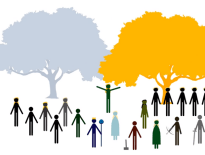