You are here: Home / Games / Tabletop & RPGs / Revenge of the Mad Cat Lady?: A Review of Cat’s Eye, for Doctor Who 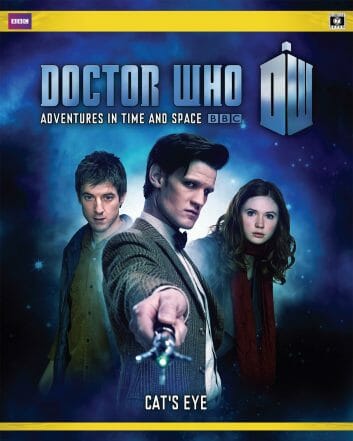 With 50 years of stories, Doctor Who has a phenomenal bank of imagery. The Doctor and his companions have been across the universe and back. It occurred to me that it might be quite entertaining to take a few images from a bunch of stories and use them as the catalyst for new role playing adventures. What encounters might you visit upon your player characters from a random assortment of pictures – found perhaps from a random internet search or flicking through an old Who annual?

I’m not suggesting that this happened with Cat’s Eye – one of the latest releases from Cubicle 7 for the Doctor Who RPG, but the range of pictures therein does seem to have been found from stories scattered across recent series. As it happens, that’s no bad thing.

Form
Cat’s Eye is a 20-page PDF adventure for the Doctor Who: Adventures in Time and Space RPG, written by Nick Huggins, and published by Cubicle 7.

The supplement follows a similar format to the core game, with a clear, very readable typeface organised into two-columns. Guidance appears in double-column width boxes, while statistics for non-player characters feature in single column boxes.

It features a cover illustration featuring the Eleventh Doctor, Amy and Rory, and contains images lifted from the series.

Features
The events of Cat’s Eye happen in a derelict and dilapidated building, the Majestic hotel. The time traveller materialise in the reception of the building, finding it apparently devoid of life and far from welcoming. However, after cursory investigation of their surroundings, they come across the curious Kate Petersen and the story develops from there.

The homeless have congregated in this abandoned and condemned building, appreciating the shelter and protection from the elements offered, no matter how fleeting the opportunity might prove. For the moment, the gathered dispossessed make the most of what the derelict hotel has to offer.

When Kate introduces the characters to the other occupants of the hotel, lead by the aged Hutchins and his hulking companion Chad, they discover that in the last 24 hours some of the occupants have taken ill. Wide-eyed and catatonic, some of the transients appear to have drifted away from the real world, without any explanation. Some of the homeless, quick to cast blame, wonder whether the newcomers might have something to do with it…

Cat’s Eye places the player characters at the heart of a situation, without necessarily committing them to do anything about it. However, Doctor Who isn’t about selfish quests and personal gain – it’s about selflessness and willingness to aid those in need.

The adventure sets out the location of the Majestic hotel over the first four pages, with a map on the last page of the supplement. The next couple of pages explain the situation and the adversary involved, then considers the first meeting with the inhabitants – via Kate – and involved the characters in the adventure – with the catatonic squatters.

The second half of the booklet considers some possible encounters, provides more detail on specific locations, and outlines how the characters might go about beating the enemy. While contained within the confines of the Majestic, the floor plan provides considerable potential for investigation and a lot of classic running along corridors. While the lower floor remains fairly viable for living, the upper level has suffers water damage and abuse that opens up interesting potential for hazards, traps, and tense encounters with the forces of the enemy.

You might guess from the title of the adventure that cats have something to do with what’s going on. A cautious gamemaster would be wise to hide the title away from his players just to prevent them immediately jumping to conclusions, however accurate they might be.

The modern day setting makes Cat’s Eye entirely usable for UNIT and Torchwood, but equally might be tweaked a bit to set it slightly adrift into the future or recent past if the gamemaster feels inclined. Nothing that happens in the adventure sets it exactly in a specific place or time.

If you opt for UNIT or Torchwood, instead of the more standard Doctor Who set up, getting them involved warrants more consideration. Perhaps reports of a meteorite might be too heavy handed, but on a more personal level one of the player characters could have a relative or close friend who has run away, with rumour suggesting they’re living rough. A box on the very first page of the adventure does give some consideration to the type of character groups that might get involved with the events at the Majestic.

Some of the guidance in the adventure revolves around how the occupants of the hotel react to a more martial approach, but players should no better than to go in all barrels blazing. The Brigadier might have occasionally called for ‘five rounds rapid’, but that certainly wasn’t the only option – and more often the last resort in the face of an uncooperative and alien enemy. Here, characters have primary contact with a settlement of homeless people and feral cats – hardly the sort of thing to warrant gunplay.

For reference, the images included in Cat’s Eye appear to come from a number of different episodes, including The God Complex, The Rebel Flesh, and Day of the Moon, amongst others. All the images fit the general theme of the adventure and break up the text so it doesn’t overwhelm the page.

Final Thoughts
Cat’s Eye offers one or more sessions of adventure in a closed, indeed claustrophobic, environment, with a focus on investigation, problem-solving and interaction. The occupants of the hotel have little reason to trust the newcomers without good reason, so the characters have the opportunity to make their task easier with some well managed relationship building.

The state of the Majestic and the addition of some adverse weather makes for a spooky, ramshackle setting, reminiscent of classic Doctor Who settings. Played with the right ambience and atmosphere, a capable gamemaster might even eke out a few scares, as well as the odd tense moment along the way.

Cat’s Eye provides a good, flexible adventure for Doctor Who: Adventures in Time and Space, with potential for a one-off story or the possibility of a recurring threat. A welcome addition to the line.

Revenge of the Mad Cat Lady?: A Review of Cat’s Eye, for Doctor Who 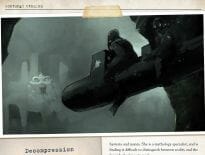 Tabletop & RPGs A look inside: Cthulhu at War 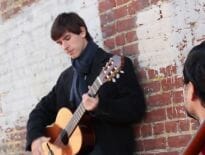