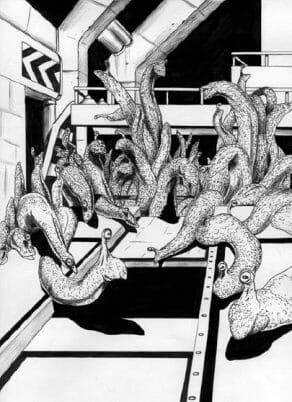 The Long Hard Mile is a PDF adventure suitable for use with any version of Metamorphosis Alpha, the original science fiction role-playing game, published by TSR in 1976. Since then, the game has been released in four different editions and several revisions, most recently with a print on demand version of the corrected and expanded 1st edition.

The basic plot-line of Metamorphosis Alpha revolves around a lost starship, the Warden, stranded in the depths of space, damaged by some cataclysmic event. The occupants of the vessel might once have been just human, but the expanse of time since launch and events within the ship mean that player characters can include mutants and robots. Most of the occupants have no or little grasp of the technologies that surround them, making most adventures a mix of exploration and dungeon-style danger, skulking around forgotten and secured areas of the ship trying to discover some answers.

The Long Hard Mile assumes you play a relatively primitive human or mutant, pre-generated versions of both appearing in the back of the PDF, and also requires that you own at least one version of Metamorphosis Alpha to play, though I think it entirely practical to improvise with your favourite generic RPG system. In fact, I suspect you could co-opt something authentically (or recently) Old School.

The Long Hard Mile is a 42-page PDF, written by the game’s creator James Ward, published by Ward Co., and produced by Craig J. Brain. The pages follow a single column format on a stock art background, by Fat Goblin Games.

Most images have come from clip art – with the exception of a single image by Jim Holloway, used both as a cover illustration and an interior piece.

Back in the Old School days of the 70s and 80s, a solo adventure formed a common feature of many games. As a means to introducing a reader to game mechanics, a solo, Turn to this Number-type adventure could walk you through the core principles of playing an RPG, introduce you to the essentials of a character, and handhold you through the basic mechanics of a new game.

The Long Hard Mile takes this format of Turn to this Number adventure as a medium for either a solo mission or a guided adventure for a GM and a group of players. You have twenty numbered sections running sequentially through the pages of this PDF, with an additional section charting the unfortunate aftermath should you fail to survive any of the life-threatening encounters.

The adventure concerns events following the collision of the Warden with an invisible asteroid carrying alien entities and deadly spores. Weeks ago your village experienced a great quake that shook the whole world. Since the great shaking of your verdant valley home, scouts and hunters have reported strange plants and odd fungal growths – and the tribe deem you the best candidate for discovering the source of this change.

The trail through the valley follows a fairly direct path, with limited options for side treks, largely based around combat with these new dangerous plants and growths. Sometimes getting past obstacles gives you access to parts of the starship with the possibility of new, better weapons.

As an adventure for a group, there isn’t really enough freedom or information on the valley to really get going. If you have ever tried to use a solo adventure as the basis for a group game, you’ll know that it requires a fair amount of improvisation or preparation to work around the linear core presented. Without just twenty numbered sections, the same applies here. The lack of a map to more fully chart the surrounding valley also hampers fleshing the adventure out.

As a solo adventure, the mission could be too challenging, as many of the creatures encountered come in large groups and the damage of their attacks can quickly overwhelm. You would be wise to use the minimum encounter numbers to keep the threats of the valley from pounding you into bloody pulp from the outset – unless that’s the sort of thing you enjoy!

For a Metamorphosis Alpha GM, The Long Hard Mile provides stats for eight different plant and fungus creatures, as well as their crystalline masters, including appearance, demeanour, unusual powers and essential statistics. As a bestiary, these opponents vary from threatening to outright lethal. You also have some new advanced weaponry, which characters might use to their benefit or bane!

A couple of entries do serve as nothing more subtle than outright deathtraps – which seems a little unfair in an adventure this succinct. You can run away, but I really wanted to get more information about each threat and have the option for characters to gather the tools and understanding to perhaps strike a pre-emptive blow against the alien invaders.

Regarding the slugs, the situation in the cover image does feature, but only as an awkward do-or-die obstacle and without stats for the creatures – which seems a shame. It comes across as something of a missed opportunity and more of a shoe-in to include a piece of Holloway art. I would have loved the chance to see some stats for these radioactive gastropods rather than simply have the characters barrelling past them.

The Long Hard Mile tries to be more than one thing without really hitting soundly on any level – which is a shame. Almost 40 years after the original game, seeing new material by James Ward for his flagship sci-fi role-playing game is a good thing. To draw fresh blood and a new generation of fans to this half-forgotten classic setting however requires more compelling content.

Seeing more information about the situation in the Valley, the new enemies seeking to enslave the population of the starship Warden, and the insidious impact they have on an already chaotic environment would have made for a fine new addition to the game. What we have here is not without merit, but it requires a more experienced Gamemaster to coax the full on Metamorphosis Alpha experience out of the material offered.

Total Party Overkill: a review of The Long Hard Mile 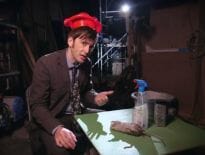 TV David Tennant in the weirdest The Day of the Docto… 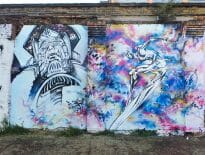