Kevin Gilmartin is the editor of GeekChocolate. He reads a lot of sci-fi, plays a lot of Warhammer 40k and is old enough to know better. 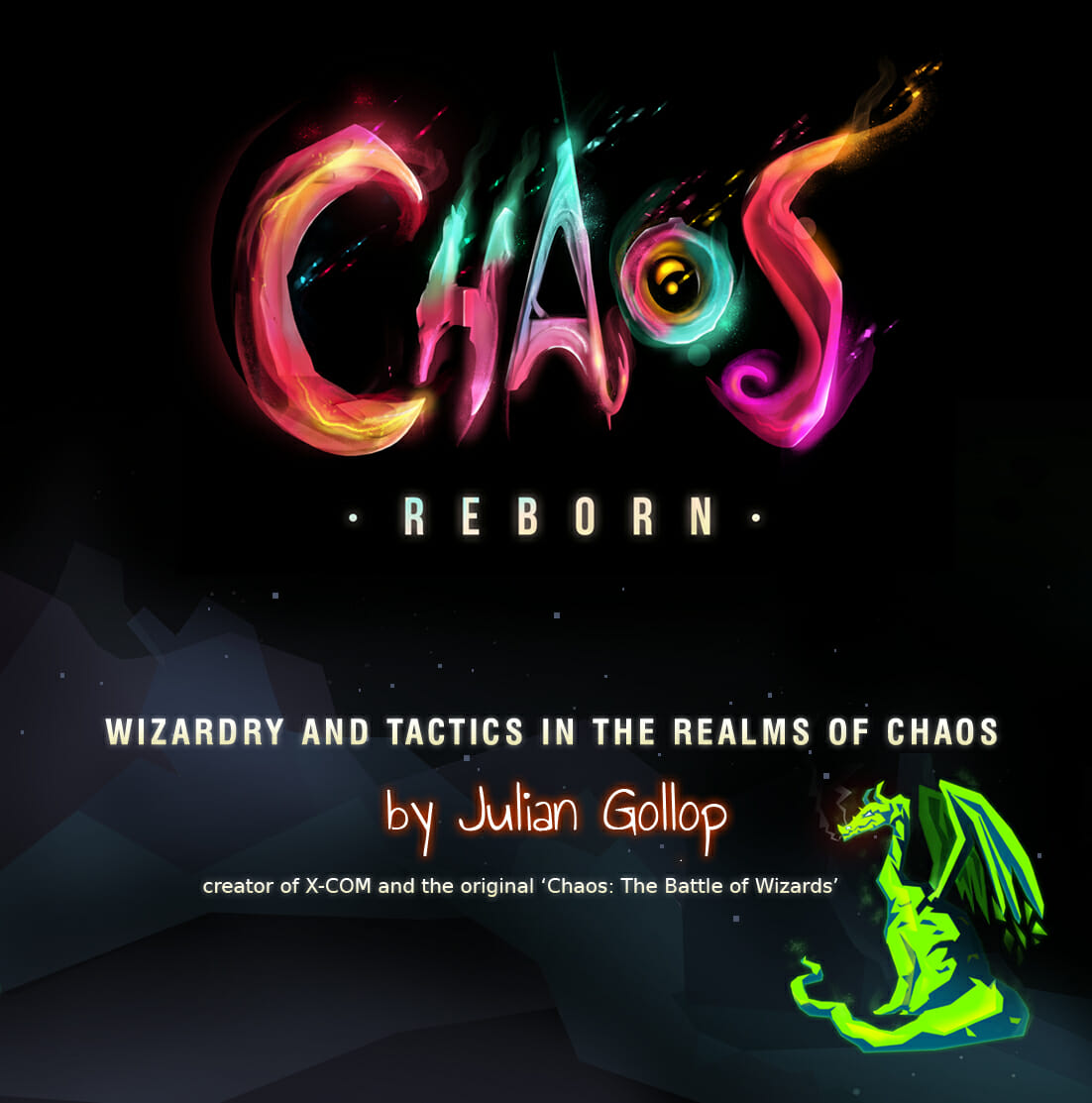 “Retro” is term used too lightly these days. Stuff from 1997 is not retro – it’s just a bit old. When people talk about retro gaming and mention the PlayStation, they’re not really talking about retro gaming, they just think they are. True retro gaming today goes back to the Commodore Amiga, the Atari ST and further back still to the ZX Spectrum.

It was on the latter that I cut my gaming teeth. Sure, the graphics were 3 pixels shy of crap and the sound effects barely deserved the name, but the gameplay…oh, man, the gameplay on some of those old cassettes was incredible.

“Back then nobody knew more about creating really gripping gameplay than one Julian Gollop.”

Back then nobody knew more about creating really gripping gameplay than one Julian Gollop.

Contemporary gamers might recognise that name; he created the first XCOM game, UFO: Enemy Unknown, back in 1994, and was the creative director on last year’s Assasin’s Creed III: Liberation. But before all that there was Rebelstar, Laser Squad, Lords of Chaos and it’s majestic predecessor, Chaos.

Chaos was published by Games Workshop in 1985 and was arguably the first ever turn-based, multiplayer resource management strategy game.

Up to 8 players would take on the role of wizards and battle it out to be last man standing. You would summon creatures to fight for you, conjure magic castles and weapons to defend yourself, throw lightning and magic bolts at each other and spread vast magic fires and gooey blobs across the board in an effort to survive.

Chaos is a defining part of my childhood. The hours spent playing that game with friends shaped me as a roleplaying, wargaming, video gaming adult. It helped teach me the importance of strategy (much to the benefit of my Dark Angels today) and effective use of resources.

To this day myself and my two closest friends still fire up a worn old copy of it on a ZX Spectrum 48k (+2) and hurl Magic Bolts and Gooey Blobs around the arena – after 25 years it’s a wonder the tape has survived and it’ll be a day of much wailing, garment rending and gnashing of teeth the day it finally fails.

That day must be close by, so it was with no small amount of excitement that I spotted a tweet by Julian Gollop himself, retweeted into my timeline, announcing plans to bring Chaos back via Kickstarter.

Chaos was the very definition of playability over aesthetics, and the secret to this can be found in its traditional RPG roots.

The astute gamer of today, playing the original Chaos, will note the random assortment of spells in your arsenal, the balance of Law / Neutral / Chaos which determines the chance of a spell succeeding, and the basic principle of summoning creatures and objects to defeat your opponents, and immediately draw parallels with Magic: The Gathering. And it’s close; I would not be surprised if Richard Garfield had fallen victim to the odd undead Dire Wolf in his time.

But Chaos predates that mighty CCG by almost a decade and the original Chaos was played by Julian and his friends using a physical board and cards that he made himself. It was a board game at heart.

The sequel, Lords of Chaos, was good fun and graphicly and audibly superior. But the more complicated mechanics detracted from the playability – it just didn’t have that something special that Chaos had in its simplicity.

Kickstarter has been a blessing for games developers over the last year. The legacies of golden-age heavy-hitters like Elite, Myst and Wing Commander are to live on in their crowdfunded descendants Elite: Dangerous, Obduction and Star Citizen – projects which would never have seen the light of day if the developers had pursued the traditional publishing route.

Publishers seem too eager to squeeze the wallet of the player, losing sight of what the developers set out to achieve in the first place.

Julian Gollop alludes to this himself in his blog post, saying, “After some discussions with several publishers, I have decided to go for a Kickstarter campaign early next year. I will be attempting to raise funds for a downloadable, DRM free, PC/Mac/Linux version of the game – everything included (no free-to-play or in-app-purchases).”

No free-to-play or in-app-purchases. You can read between those lines, and how very telling it is there.

The crowdfunding campaign will begin next year but details are currently available on the pre-crowdfunding website Prefundia for the project entitled Chaos: Reborn.

The Kickstarter pledge tiers are set to be between $20 and $2000, and I urge everyone to back it as a piece of gaming royalty. I’m hoping $150 might get me a physical gooey blob and a t-shirt.

Comics Irregular Reconnaissance: Comic Books #3
💰 Copper Coins 💰 Geek Native is an affiliate and may earn commission on purchases you make from third-party sites.
🍪 Privacy & Cookies 🍪 The site uses cookies to survive. By accessing the site, you agree to use your browser to control cookie use or take 1d4-3 privacy damage (tracking). If you defeat cookies via ad blocking, please consider the Patreon. An intro to cookies, and how to control them, can be found here. I Manage Cookies