You are here: Home / Books / A review of the Murdoch Mysteries – Let Loose the Dogs 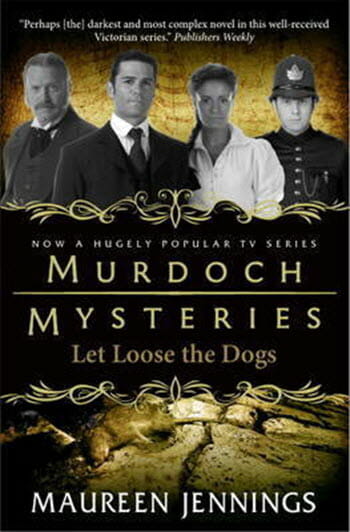 Once again, I have been tasked (albeit a happy one) with a review of another Murdoch Mystery. Once again I have had the opportunity to visit Toronto in the 1890’s and catch up with Detective William Murdoch (who is a thoroughly nice guy), and life is still hard and the weather cold.

In this latest instalment we finally get to meet the elusive other members of the Murdoch clan, although it must be said, certainly not under the most auspicious of circumstances. His sister is not long for this world and his father, convicted of murder, may be following shortly. Can Detective Murdoch save his father? Well there is a good chance you might be able to guess that, but as we learn more about his up-bringing and the hands of his father, the question also becomes, does he want to, and even does his father deserve his fate…

Maureen Jennings has hit upon a fine format for her detective stories, and if something is working well, then there is no need to change things. So again we are given a vivid description of society in that era and the controversial issues of that time (and perhaps even today as well), which seems to focus on mortality. This is somewhat pushed a little with a narrative about chickens (and a fine example of being ‘henpecked’). This of course is a double-edged sword as after a few novels, this runs the risk of being a little formulaic and predictable, although of course still interesting and thought provoking.

Again the atmosphere of 1895 Toronto is vividly portrayed and adds real depth to the novel. However, one small complaint I have about the novel (and perhaps the series) is that the very amiable Detective Murdoch has perhaps not been fleshed out to a comparable extent compared to many other protagonists. This is to some extent remedied in “Let loose the dogs” but this is achieved by proxy as we learn more about him through is family and his flashbacks to his childhood. This of course need not detract from the actual novel, but I personally would have liked more and it could of certainly added to the story.

The actual plot of the mystery is setup very nicely and interwoven with a number of other stories which create multiple lines of investigation for both Detective Murdoch and the readers. I will again put my hands-up and say I didn’t guess the ending and having read the ending I couldn’t look back over the novel and go “Oh yeah, I see that know”. So for those of you who enjoy the prospect of solving the different plot threads before reading them, you might be a little disappointed (Of course just because I didn’t see it doesn’t me you won’t). There is also a continuation of a number of stories from the other novels with Detective Murdoch’s love interest, Enid (who is from a different religious denomination, oh the scandal) and his landlords the Kitchen’s, along with a small number of other characters which help bring in some continuity.

So all in all “Let loose the dogs” is another solid addition to the Murdoch Mysteries series, delivering the expected vivid historical atmosphere along with a respectable detective story embellished by the social values of the time.

Thanks to guest reviewer Dave for this review. The book was provided by the publisher. Murdoch Mysteries – Let Loose the Dogs, Titan Books, Maureen Jennings, £7.99.

A review of the Murdoch Mysteries – Let Loose the Dogs 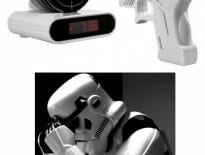 Cool Tech The Stormtrooper versus the alarm clock 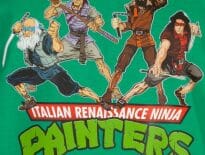