You are here: Home / TV / No spoilers, no reviews, just thoughts on Doctor Who and The End of Time and Twitter

Today’s an important day for Doctor Who. The reason may not be the one you’d expect nor even agree with. Doctor Who is a trending topic in Twitter.

This is significant because it illustrates how mainstream Doctor Who has become. It also points at just how many people were looking forward to tonight’s episodes. I, like other geeky friends, was deeply worried based on the trailers but I’ve promised no reviews and so I’ll offer none. 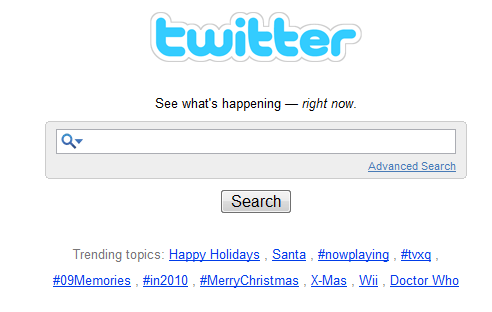 The general opinion on Twitter was the episode was too complicated. A “series of random scenes” said one tweet. “I don’t understand any of it” admitted another Twitter user.

This is the problem that the show now faces. To appeal to geeks, to appeal to educated sci-fi fans (dare I say the type of people likely to stray across these words) the show needs to have a degree of complexity to it. It needs to provoke thought. It’s great if it can refer back to the Doctor mythos and weave in foreshadowing.

The complicities and intelligent hooks that make the show worthy are also the elements which defeat the ‘average viewer’. That’s why the very people who’ve pushed Doctor Who into the Twitter Trends are tweeting that they don’t understand what’s going on.

It might be tempted to dismiss ‘average viewer’ as unnecessary but that’s a mistake. They’re needed. These are the people who keep the show on TV.

No spoilers, no reviews, just thoughts on Doctor Who and The End of Time and Twitter