It’s quite hard to stand out as an RPG pitch on Kickstarter today and I suspect some companies are trying some headline grabbing techniques. There’s nothing wrong with that. The gaming industry needs to become masterminds of self-promotion.

The promises attached to the Invulnerable Comic Book Tabletop RPG Kickstarter go beyond self-promotion. First up they’re offering to make key aspects of the game OGL. This means other publishers, working within the rules of the Open Game License, will be able to create games and suppliments based on a project Kickstarted by gamers. That feels right to me.

Supporting Doctors without Borders, or Medecins Sans Frontieres as I hear it called more often here in the UK, is just a superb act. It’s nothing something Imperfekt Gammes or Chronicle City needed to do to attract gamer attention but it’s something I’m glad they’ve done.

This Kickstarter is fresh. At the time of posting it has 27 days to run to reach a target of $4,000. It’s a quarter of the way there already. Fingers crossed. 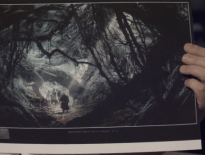 Movies The Hobbit: The Desolation of Smaug preview featur… 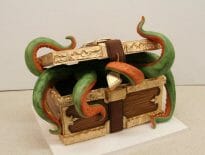