Kickstarter has introduced a new condition into their terms and conditions that prevents discounted bulk pricing as pledge awards.

There has been increasing experimentation and success a Kickstarter in recent months. Penny Arcade ran a controversial campaign to raise money and allow them to remove ads from their site. Although the campaign was popular some people argued that Kickstarter should be used to kick start new projects and not used as a revenue stream for established enterprises.

In the roleplaying industy the discounted bulk price model is usually presented as a retailer only award in a pledge. The rewards offer a number of books or other gamer products for the retailer to sell in addition to extra marketing support.

Pledge $620 or more
RETAILER ONLY.
Fifteen copies of “Combat in Kowloon” plus fifteen copies of the two-deck expansion, “Back for Seconds.” Your store name will be in the list of supporters. NOTE: We will call, and/or confirm with distributors to verify that you are a genuine brick-and-mortar store. Any unverified supporters at this level will receive four copies of the game and nothing else, so do NOT choose this level unless you can prove that you are a real, currently operating, brick-and-mortar retailer. NOTE ALSO that this has to ship to an address in the continental US, but the store itself does not have to be in the US.

You can see how such a pledge would greatly benefit the Kickstarter campaign, adding a significant amount of funding while also being an attractive option for any retailer who wanted to acquire 30 cheap copies of books while getting a mention on the publisher’s website.

The retailer level pledges do not appear to harm individuals also seeking to back the project.

Angus Abranson, who runs Chronicle City – a company that helps produce and publish RPGs, is concerned about Kickstarter’s new rules. He notes;

“This means that backers can no longer get discounts for pledging for multiple copies and also cuts retailers out of the loop entirely. This not only deprives the projects designers access to often much needed funding but also means that the retailers can not directly support designers/companies that they have faith in – and as many Kickstarter projects are not available through traditional distribution chains it deprives the retailers of ever being able to stock that item and make it available to new fans to discover through their stores.”

Abranson has created an online petition, seeking to collect 1,000 signatures, to ask Kickstarter to drop their new policy.

Kickstarter has started to enforce the new rules. Playroom Entertainment was forced to drop retailer rewards for their Killer Bunnies Quest Deluxe campaign – which has gone on to double its goals, with 20 days still to run.

”We got a message in our Kickstarter Message Inbox stating that were reported as having bulk prices… We inquired further because we weren’t sure what ‘bulk’ actually meant. Did that mean that no price breaks were allowed for buying multiple copies? Almost every Kickstarter has that. Their response was, ‘You’ll find on our guidelines that we prohibit bulk rewards as well as rewards geared towards retailers in general.'”

What do you think? Is Kickstarter doing this to remain a business-to-consumer company? Is that a good move? Or just something they have to do whether they like it or not? 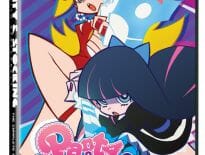 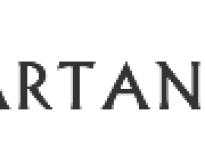