You are here: Home / Movies / Hobbit casting begins – who would you select?

Let’s give Ian McKellen the role of Gandalf (could anyone take it from him?). Who would you put in the other roles? We’ve Bilbo to fill and a total of 13 dwarves! That’s a lot.

Rumours claimed that James McAvoy was offered the Bilbo role but according to Jackson they’re still casting so that can’t be quite right. We also know that John Rhys-Davies won’t be back as a dwarf.

Some of the other names suggested are Simon Baker, from The Mentalist,  Zachary Levi  from Chuck,  Joshua Jackson from Fringe, Robert Sean Leonard from House or even Seth Green from Family Guy.

Hobbit casting begins – who would you select? 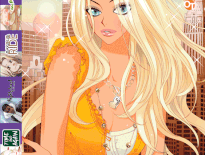