You are here: Home / Games / Game companies battle over Merchant of Venus 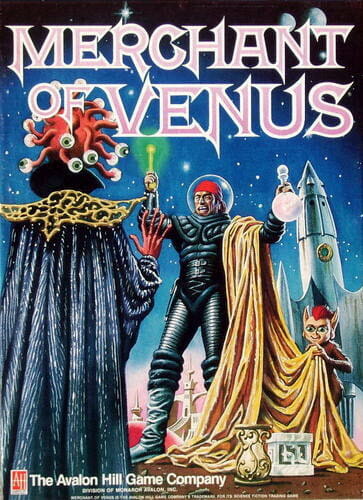 Someone has made a mistake, an honest mistake that will leave a host of people rather upset.

Fantasy Flight Games and Stronghold Games have both announced they have the license and the rights to produce a re-run of Merchant of Venus. Merchant of Venus originally came out in the 1980s as an Avalon Hill game.

Fantasy Flight Games signed their deal over a year ago. They worked directly with Wizards of the Coast – Avalon Hill’s parent company. They’ve been working to produce an update. Here’s what they told press;

“We’ve been working hard to produce what will be a fantastic edition of Merchant of Venus, one that remains true to tis magnificently campy core, while expanding the game in surprising ways that will cause even the most hardcore fan to celebrate.”

So what are Stronghold up to? They signed their deal with Richard Hamblen. He’s the designer who invented Merchant of Venus. It’s his game.

The question is whether or not Avalon Hill have retained the rights to Merchant of Venus for all this time or whether they’ve reverted back to Hamblen. At least the companies involved are being professional about this and there does not seem to be any claims of malicious intent.