Just when you thought all the best trailers from E3 had dried up – Geek Native manages to dig up 2K and Irrational Games’ BioShock Infinate teaser.

This is expected out in 2012 and will be for PC, PlayStation 3 and Xbox 360. If it comes out late enough in the year then it may well be there for Wii U too – but that’s just speculation. 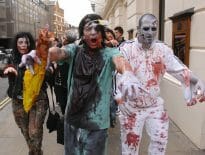