You are here: Home / TV / The Church of Omega [Doctor Who, Speculation]

At the start of the year, before series 6 of Doctor Who, this blog speculated whether Benedict Cumberbatch would play Omega in the new series. That would mean Geek Native thought Omega might be making a return.

The argument – and other bloggers have also made it – is a simple one. This is the Omega symbol; 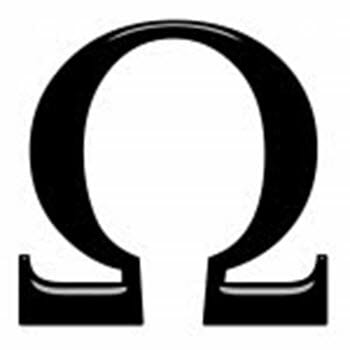 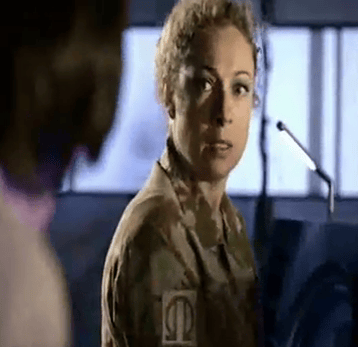 This is the symbol that popped up in Time of Angels – the Weeping Angels two-parter. Yes, that’s River Song wearing it; she was being “looked after” by an religious army. It seems almost certain that this is the same army as featured in A Good Man Goes to War. The same logo appears there.

Now, in A Good Man Goes to War they don’t talk about Omega. They do mention the Pope. I think they say “the Holy mainframe herself”. That would imply a) female and b) computer. Omega could reincarnate as a female. Omega could simply transmit his instructions to the Church via a computer.

It really isn’t clear whether Benedict Cumberbatch will be playing Omega. It remains possible. What seems certain is that the Omega speculation will continue until the series picks up again after the break.

What do you think is going on?

The Church of Omega [Doctor Who, Speculation]

time to read: 1 min
Cool Tech SkyDrive syncing for WP7
Tabletop & RPGs Dragon Warriors trailer
💰 Copper Coins 💰 Geek Native is an affiliate and may earn commission on purchases you make from third-party sites.
🍪 Privacy & Cookies 🍪 The site uses cookies to survive. By accessing the site, you agree to use your browser to control cookie use or take 1d4-3 privacy damage (tracking). If you defeat cookies via ad blocking, please consider the Patreon. An intro to cookies, and how to control them, can be found here. I Manage Cookies