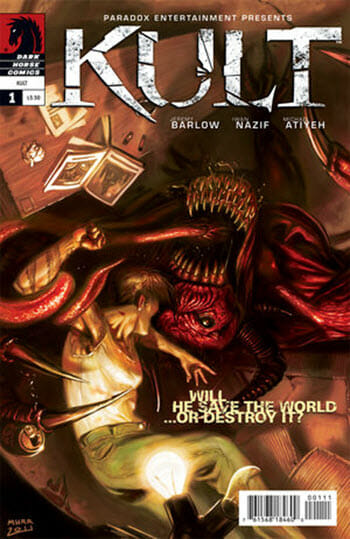 This is good stuff. Kult is a cult RPG among gamers. It’s dark, it’s intelligent and it’s unusual.

Dark Horse often manage to prove to me they have their finger on the counter-culture buzz but this news surprises me. They’ve announced a Kult mini-series of comics.

Featured is parole officer Thomas Zenk – one of the few who can pierce the illusion. This isn’t really good news for him as it’ll lead to monsters and the dark seduction and corruption from his own powers.

Right now you can pre-order from Things from Another World. I’m hoping the series comes to Graphic.ly or is available as an Android comic.