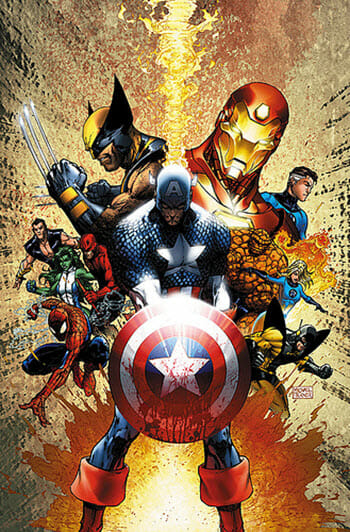 Can you imagine The Punisher as a Disney character? You had better start trying as reports today suggest that Disney have bought Marvel for $4b in cash and stock.

Disney will not just be chasing characters like the X-Men, Spider-man and Iron Man but the comic company which has shown it can go alone (Iron Man, for example) and expand their brands from the geeky to the main stream.

As you might expect Marvel shares have increased; up about 26%. Disney shares dropped a little; about 2%.

If $4b sounds a lot then it’s just about half what Disney paid for Pixar back in 2006 when it took over the rival animation company for about $7.4b in stock. At least some of the Marvel deal will be in cash.

Marvel made about $200m last year so Disney has paid about 20 times what the company ticks over each year (and last year was nearly 50% higher than the year before for Marvel). I’m not even remotely sure Disney knows how to treat Marvel. Marvel is at its best when it’s taking the sort of risks that Disney doesn’t like.

What do you think? Pouty faces for Marvel’s future or excitement that we’re bound to see more comic book movies now?

Disney to buy Marvel for $4B