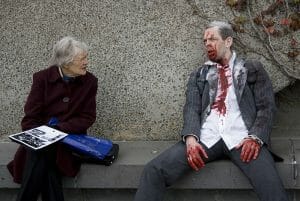 This is a guest article from Craig Higdon. Higdon heads up RPG Character Illustrations where he combines his extensive gaming knowledge with a savvy knack for online businesses, good content and strategy.

Think back on the last game supplement you bought. Yeah, the one for $39.95 with 5 new classes and two new races. Does paying so much for so little make you feel like a chump? Do you really need to pay for an online tool to manage your character? No. Save your cash. All of it. Here are three games that are worth your time, and don’t cost a dime.

I’m impressed with this sci-fi OSR game. Between the attention to detail, the sheer quantity of random generation tables and the perfectly balanced character classes, Stars Without Number spans 210 pages of the best kind of free. Based on early era D&D rules, SWoN covers everything you need for a galaxy spanning sci-fi campaign. Character creation, gear, space, fighting in space, aliens, world generation and a xenobestiary, it’s got you covered.

Writer and producer Kevin Crawford could have stopped after the core SWoN book, but he didn’t. He continues to add to the free with the Mandate Archive line of PDFs. These supplements add space station vs. space ship combat, martial arts and a mercenary corps to the SWoN universe. Non-PDF versions of the core book cost $19.99 for perfect bound $24.99 for hard cover. Kevin also has a couple of campaign settings he charges for. Hard Light takes place on an isolated mining station deep in an asteroid field littered with the tombs of a long lost alien race. Skyward Steel offers a more romantic vision of the big black with swashbuckling space battles and military daring-do. The supplements are good and as detailed as the core book, but completely unnecessary. Everything you need is free.

You know that Johnny Cash song, “When the Man Comes Around?” Go put it on. Oh, and grab that hammer and as many canned goods as you can comfortably carry, because here comes The Dead.

Simple, quick and dirty, that’s how The Dead rolls. Characters have four main stats: Fight, Evade, Think and Guts. They can also start with a background and relationship which give bonuses. Eventually characters can also get Cold, which means they withdraw from others and take penalties to social interaction.

The dice mechanic is via dice pool. You roll a number of d6’s based on your attribute and a 4, 5, or 6 is a success. Combat compares Fight successes against Evade successes. There’s a bit of hit location work in there, but it’s all pretty straight-forward.

The game world is pretty sparse on details, with a weapon chart really being the only gear of note. But if you need a lot of world details for a zombie game, you’re doing it wrong. If you’re regular DM is out, and you’re looking for a one-shot, this is a great backup.

No conversation about free RPG’s is complete without mentioning FATE. Growing out of the FUDGE rules, FATE is a generic rpg system that ditches standards stats or traits and hands players more control of the story. It’s released via the OGL and is the basis of the award winning pulp action game Spirit of the Century. Evil Hat productions are in the middle of rebuilding the FATE Core Rules and welcome any and all suggestions.

There are literally dozens of FATE spin-offs each with their own flavor, so if you’re looking for a good system to really customize for your group, FATE is a good place to start.

Do you have a favorite free rpg? Share it in the comments. 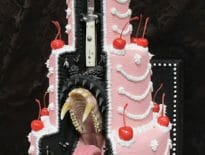 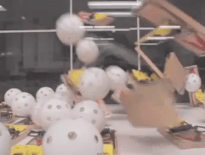