If everything went according to THQ’s plan the Dawn of War II beta ran until midnight on Feb 24th. Players who had bought Dawn of War via STEAM the first time around had the chance to become a beta player for this nearly final bug round.

I’m not sure if everything did go to plan – aren’t these things always late? However, THQ Inc have just released the CG launch trailer “Warhammer 40,000: Dawn of War II – Retribution”. 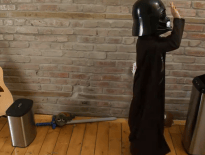