Okay, let’s carve out the time to look ahead to 2023, although plans are scant, and a quick reflection on 2022 while we’re there.

What next for Geek Native?

Keep going! The site costs money (it makes a loss) and demands time, but it’s a labour of love, some really great people read (hello), and I get to interview some proper talent.

I must thank Patreons here for putting money where their clicks are. If you don’t run an ad blocker, you help. If you buy things from affiliate links (which I work hard to disclose), you help too. Thank you.

There is where I point out the calendar design used in this post on Redbubble merch in the Geek Native store.

Before the pandemic, or as it broke (I’ve lost track of time), I set up a Discord. The plan was rough;

We’ve been in ‘soft launch’ since, and I worry about ever having time to coordinate real-time interviews and discussions. However, 2023 will have more real-life events (I’m planning to go to Tabletop Scotland and UK Games Expo).

I’ve increased the amount of money I will pay (when I can pay) for articles from $0.10 a word to $0.12 a word. If you want to write for Geek Native the budget and guidance page is where to start.

As a reminder, Geek Native’s Patron does not pay for tech costs (including AI) but is spent on human writers and illustrators. Lucius Manon was a one-first timer who made a debut post on the site due to this. I asked Lucius for a comment and got a canny;

Andrew took a chance on me, and the patrons of Geek Native gave them the funds to do so, and I couldn’t be more grateful.

In real life, I got a new job as needs must and am pleased I’ve been able to keep blogging. Time is my treasure now.

In fact, if AI helps the site grow and turn a profit, then I hope it will help give human creators even more money.

I went to Tabletop Scotland in Perth and Tabletop Live in Manchester. 2023 will see me return to Perth and swap Manchester for UK Games Expo. I’ll also be more aggressive with my travel plans to use fewer vacation days on travel, hopefully allowing me to do more through greater risk and exertion.

I was also able to see almost everything at Scotland Loves Anime and blog it all. As a result, some pretty much world-first reviews were published on the site. Ish. Sorta. It’s a murky world of what counts as a viewing, it seems.

Before we sail past that mention of conventions, I should acknowledge that the conventions calendar is badly out of date.

I’ll continue to experiment and improve with Mastodon. Geek Native is labelled as a bot, as I was using automatic pushes to the platform, but that is currently broken.

I may also see if I can revive TikTok for bite-sized videos, but there’s a time and ethical concern.

Frustratingly, I know there’s a cache problem with the site, which is beyond my technical ken to fix. My hosts, Pagely, are good, and offer managed hosting, but not unlimited time. They were also bought by GoDaddy, which remains on my radar.

I wish the site would run faster too, but the theme is no longer supported (no updates). If I won the lottery, after repairing my flat and checking to see if there was any money left, I’d hire a web developer. 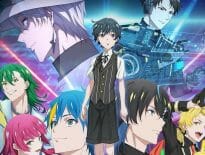 Anime Technoroid Overmind: Even our robot overlords have… 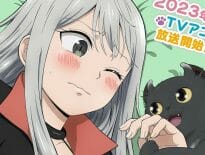 Anime Too Cute Crisis: Aliens versus Cats
wpDiscuzComment Author Info
Manage Cookie Consent
This site uses cookies 🍪, and links are ads that may earn bloggers some money 💰, and with this alert, I very much hope that these dark truths 🧌 are acknowledged.
Manage options Manage services Manage vendors Read more about these purposes
Preferences
{title} {title} {title}
Loading Comments...