It’s too late for Christmas party shopping (unless work is one of those savvy employers who save a bit of cash by throwing a bash in January) but what about bringing in the New Year with an alternative world?

In Hawkins High the Hellfire Club is the local roleplaying games club with Eddie Munson as the GM. It’s a dangerous school to know about demons and monsters as they’re very real and out for blood.

And we believe this bodycon mini dress perfectly non-conforms in the best possible way! This mesh dress comes with a lined body, sheer sleeves, a funky ruched effect on the side seams, and has an all-over patterned print featuring many visual references to the club that Stranger Things fans will find lots to geek out over.

The mini dress is polyester and elastane mesh, lined except the sleeves, with a crew neck and a super-fitted and stretch body.

Did you know there have been several historical Hellfire Clubs?

The English Hellfire Club was founded in 1746 by Sir Francis Dashwood, a Parliament member and a noted hedonist. Dashwood wanted to create a place where members could enjoy their favourite pursuits in an atmosphere of secrecy and privacy. The club quickly gained a reputation for being a place of debauchery and indulgence.

The club was eventually disbanded in 1760 due to public outrage over its activities. However, the legacy of the Hellfire Club was passed on to other secret societies, such as the Order of the Illuminati and the Freemasons. 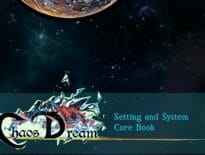 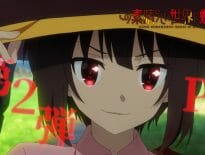 Anime KONOSUBA: An Explosion on This Wonderful World! go…
wpDiscuzComment Author Info
Manage Cookie Consent
This site uses cookies 🍪, and links are ads that may earn bloggers some money 💰, and with this alert, I very much hope that these dark truths 🧌 are acknowledged.
Manage options Manage services Manage vendors Read more about these purposes
Preferences
{title} {title} {title}
Loading Comments...