There are over 100 backers for Inkwell Ideas’ Deck of Beasts III Kickstarter. Kobold Press’s latest Tome of Beasts is volume III, which has over 100 monsters. In their latest Kickstarter, Inkwell Ideas is making a deck of over 430 cards to represent them.

The campaign has hit its funding goal and has two weeks to run. You can find the latest total on the project page.

The new deck designs add a terrain location for each colour and a challenge rating that’s coloured-coded.

Inkwell notes that the cards mean you’ve less to carry, a few small pieces of paper rather than many heavy books. You can even clip the cards to your DM’s screen.

The cards have art, something easier to show the players than flapping pages around, and if you’re making random monster selections, you can easily pull out cards based on terrain.

We’ll be reprinting all of our prior decks, but in one large deck for each book’s creatures. (For the Tome of Beasts I & Creature Codex we originally broke them up into 5 decks of about 90 cards each. The Tome of Beasts II was already only available as one 432 card deck.) The new print run’s cards will have the terrain icons & CR color codes implemented as well.

Backers who can support the campaign with $25 or more will get a PDF copy of the decks.

$60 as a pledge is enough to get the PDF set and the printed deck as a reward.

Backers who want to dip into the back catalogue with PDF copies of Deck of Beasts I, II and II with the Creature Card Codex are those backing with $90.

If you want the back catalogue in print, you’ll have to have $225 support for the design studio.

Inkwell Ideas suggest the PDFs will be ready by February 2023 and the print for March. 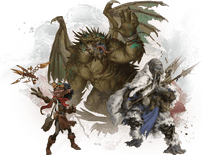 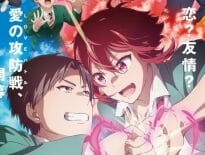 Anime Remember! Tomo-chan is a Girl
wpDiscuzComment Author Info
Manage Cookie Consent
This site uses cookies 🍪, and links are ads that may earn bloggers some money 💰, and with this alert, I very much hope that these dark truths 🧌 are acknowledged.
Manage options Manage services Manage vendors Read more about these purposes
Preferences
{title} {title} {title}
Loading Comments...