You are here: Home / Games / Tabletop & RPGs / YZ Worldbuilding: The One Ring Vampires

Year Zero World Building creates campaign settings using Free League’s RPGs. This month features a return to Middle-earth via The One Ring Second Edition. PCs need a challenge as they grow in power. My answer? Vampires.

Thanks to Free League for sending me RPGs to help write these articles. As a frequent customer of their kickstarters, pre-orders, and webstore I really appreciate their customer service and attention to detail coupled with amazingly written and supported RPGs.

Spiders were going to get more coverage this month, but with Halloween here, Vampires bumped them out a month. Vampires are great monsters to add to a Middle-earth campaign as Player-heroes grow in power. Player-heroes in The One Ring start vulnerable, but powerful magic items can make them hard to challenge. I have a Player-hero who makes opponents’ rolls Ill-Favored and wears a lot of armor. I want to challenge the Player-hero while still allowing his power to shine through.

Vampires can be tough but also use dark magic. While undead can cause Player-heroes to gain Shadow Points, I want something more than just that as a challenge. A Vampire can certainly inflict Shadow Points with its fearsome and unnatural being, but I’ve decided they can cast other spells as well. Check out the Vampire below to see what I mean.

In my version of Middle-earth, Men of Stone or the Galeb Duhr are rocky beings akin to mountains, as Ents are related to forests. The Player-heroes uncovered the following lore and met a Galeb Duhr named Stonethrow.

In addition to waging war against their enemies, the Galeb Duhr also cursed them. Using powerful magic focused via the Granite Heart, the Men of Stone cursed Trolls and Vampires to turn to stone in the light of the Sun. Not living stone, like the Galeb Duhr, but unmoving dead rock.

The war continues to this day, being waged in the mountains of northeast Middle-earth. The Galeb Duhr quest to find the Granite Heart, the powerful artifact that helps power the curse and work other wondrous magic, and they fight to protect their Duhrings from predation. Meanwhile, the Vampires work as mercenary captains and shock troops, bringing dangerous added power to the forces of Shadow.

Vampires are predators and mercenary servants of Shadow. They will serve any more powerful evil being for rewards and lead bands of lesser monsters to accomplish their goals. They are accomplished fighters as well as sorcerers. They choose ruined keeps, caverns, crypts, and basements in cities to wage war against Men and other Folk and to hide from the light of the Sun.

Vampires do not have to drink blood to survive, but they are blood-thirsty. They are willing to tear into an opponent that gets too close with their fangs.

In the First Age, they opposed the Men of Stone (Galeb Duhr) and like the Stone-trolls suffered a terrible curse. Like Stone-trolls, Vampires turn to stone if exposed to the light of the Sun.

ARMOUR 5 (coat of mail and helm)

FELL ABILITIES: Dark Mist. Spend 1 Hate to summon a supernatural mist of darkness. Player-heroes in close combat lose (2d) on their first attack against the creature, while ranged attacks lose (2d) for the whole fight.

Deathless. Spend 1 Hate to cancel a Wound. When an attack inflicts damage to the creature that would cause it to go to zero Endurance, spend 1 Hate to bring the creatures back to full Endurance instead. This ability is ineffective against Player-heroes wielding a magical weapon enchanted with spells for the Bane of the Undead.

Denizen of the Dark. All attack rolls are Favoured while in darkness.

Dreadful Spells. Spend 1 Hate to make one Player-hero gain 1 Shadow point (Sorcery) and two additional effects below. A success can cancel one of these additional effects. If the roll is failed, Dark Mist is triggered another time for no Hate cost.

Heartless: The creature is not affected by the Intimidate Foe combat task, unless a Magical success is obtained.

Sunlight to Stone. If exposed to the sun, a Vampire turns to stone.

Thing of Terror. At the start of the first round of the battle all Player-heroes in sight of one or more creatures with this ability gain 3 Shadow points (Dread). Those who fail their Shadow test

are daunted and cannot spend Hope for the rest of the fight.

The Vampire is tough in combat, especially the fangs if an icon is rolled. The sorcery is what is truly dangerous however. Player-heroes will have to weigh reducing Shadow versus facing some tough combat penalties.

An adventure focused on Vampires could involve the Player-heroes meeting the Galeb Duhr for the first time. A band of Stone-trolls have taken the Men of Stone’s Duhrlngs and the Player-heroes go to rescue them. They find out the Stone-trolls are led by a Vampire, which should be shocking and terrifying. Worse yet, the Duhrings are held by a small force of Vampires. So the Player-heroes will have to face more than one of these new terrible foes.

Next month the lairs of each spider are detailed with plenty of options for Loremasters to customize them to their liking.

YZ Worldbuilding: The One Ring Vampires 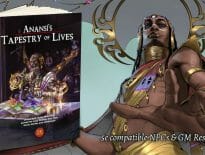 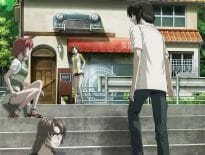