Blaster Bolts has art that might remind you of sci-fi figures and a successful Kickstarter.

The campaign is for a zine with short science fiction stories with a military or western spin and content for the White Star RPG content. You can find out more or join in from the pitch page.

The campaign has reached its funding goal, so we should get an anthology of stories from the 13 issues of Blaster Bolts already out, an omnibus of new rules from the same zines and that across two books.

We wanted to create a magazine that was both fun to read and to look at, and that was reminiscent of well-loved fan magazines of the early 80s (such as Dragon) that combined fiction with tabletop gaming content. While Dragon was specifically a fantasy magazine, we wanted to do a science fiction spin on that idea.

You can support the zine by sharing it on social media, telling friends and offering cash. If you’re facing hardship and can only spare $1, that’s enough to qualify for Fainting Goat’s generous opening tier and a PDF reward.

However, it’s $5 for the PDF and Kindle version and a Print-on-Demand coupon for both the fiction and RPG content otherwise.

If you add just a little more than pledge $6, then that Print-on-Demand coupon becomes an at-cost one, presumably a better deal than one mentioned in the $5 tier.

Whichever backing option you select, the slated delivery date is May 2023. 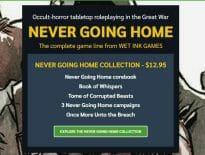 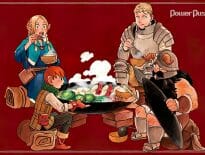