You are here: Home / Games / Audio RPG: The Bard’s Tale

Audio Games are a growing number in Geek Native’s collection of coverage. They’re getting pretty good!

The latest takes the popular The Bard’s Tale and brings it to Alexa. You can play with just your voice on something like a £20 Echo Dot or perhaps you treated yourself to an impressive 15.6″ Echo Show 15 for your wall and have a screen to view stats, combat and graphics on.

The game makes its way to us through an army of brands. The people who did the work were Polar Night Studio. That’s the in-house development team at a company called Wanderworld. Wanderworld makes a claim to be the leader in interactive audio entertainment.

However, The Bard’s Tale was developed in conjunction with inXile entertainment. InXile is part of Xbox Games Studios.

Phew. Nevertheless, the game is out in December, and all you have to do is say;

In The Bard’s Tale – Warlocks of Largefaern, you can pick one of four classes for your PC; Bard, Fighter, Rogue and Practitioner.

Then you get to pick a subclass!

Like other fully-fledged RPGs, you can then recruit and customise companions to build a better party and enjoy pretty impressive player freedom.

Combat is turn-based and strategic thinking is rewarded.

Bringing The Bard’s Tale to life for another generation to experience is something that is close to my gaming heart. The team was able to create a semi-open world that will immerse players of all ages. 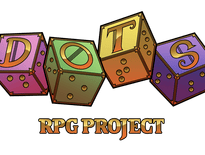