The coronavirus has dramatically impacted conventions around the world, including the world’s largest comic book convention, the legendary San Diego Comic Con, which was cancelled two years in a row. But the convention’s organizers worked hard with city and state officials to organize a smaller convention later in the year that would still be considered safe despite the continuing pandemic –the 2021 Comic Con Special Edition.

To make it happen, organizers ensured all attendees provided proof of their vaccination or a negative covid-19 test, and everyone over the age of 2 was required to wear a mask the entire time they were inside the convention.

While that may have been a minor inconvenience for most people, it presented a unique challenge to cosplayers who had to capture the essence of characters they love with a square of cloth over their nose and mouth. But Comic Con’s dedicated cosplayers proved they were up to the challenge and managed to incorporate face coverings perfectly with the rest of their attire. Here’s how.

If you’re trying to look like a particular character played by a famous actor but have to wear a mask over your face, perhaps the best way to do this is to wear a mask that looks exactly like that actor.

While the effect works the best with famous actor’s faces like the Jeff Bridges and Dana Carvey ones above, it still works well for famous actors who happen to have worn a lot of makeup on their faces during their iconic role, like this Heath Ledger Joker and Margot Robbie Harley Quinn.

It’s worth noting that most cosplayers who had these types of masks seemed to custom order them from Etsy, which is always a great place for custom-ordered goodies.

What Would the Character Wear?

It’s easy to imagine that if character from Star Trek Discovery had to wear face masks, it would look just like this one worn by this Jett Reno cosplayer.

The masks used by everyone in this Emperor’s New Groove group are another great example of masks that match the costume, especially Yzma’s mask, which seamlessly blends in with her elaborate feather collar.

Similarly, Russell’s mask looks like a perfect place for him to show off even more of his Junior Wilderness Explorer Badges, along with a very special pin from his friend Carl.

Of course, one type of mask was nothing new for the convention –and that is over-the-head masks where the cosplayer’s face isn’t visible. Perhaps the craziest of all such masks at the convention was this Chainsaw Man cosplay by @Nicks_prop_and_cosplay.

And the delightfully homemade look of Strawberry Shortcake’s whole outfit made it easy for this cosplayer to create a matching mask that perfectly complements the rest of her costume.

This gorgeous regency-era ballroom cosplay with the stunning sun head (I’m afraid I don’t recognize the character), works brilliantly with a sequined gold mask. In fact, it likely saved her quite a while in makeup application since she probably would have adorned the bottom half of her face the same way she did the makeup around her eyes.

Not all masks necessarily looked like something the character would have worn themselves, but they still managed to not look out of place when they match the character and the costume.

The Mask Makes the Costume

Of course, it’s one thing to make a mask that looks good with your costume and another thing to use your mask to create an integral part of your overall look. That’s what makes this Three Caballeros (or rather two caballeros in this case) cosplay so fantastic. What’s Donald Duck or José Carioca without their beaks?

And how could anyone cosplay as Bing Bong from Inside Out without an elephant trunk? This cloth mask provided a great prop for this reimagining of the character.

Similarly, Tim the Enchanter simply isn’t Tim without his dramatic facial hair and for many cosplayers, a mask covered in hair is going to be a lot more comfortable to wear than a long goatee attached to the skin with spirit gum.

In fact, masks proved to be a perfect foundation for many horror makeups at the convention and it’s certainly a lot more comfortable for a cosplayer to have a shredded open mouth on a mask than on a prosthetic applied directly on their skin. If you don’t recognize this character, don’t beat yourself up -the movie hasn’t even been made yet and they were there trying to raise money for the film, called Jane Die, by appearing at the con.

Under the Oak Tree

Surprisingly, these two, who worked at a booth at the convention promoting Under the Oak Tree, were the only people I spotted at the entire convention that used a clear face mask. Perhaps it’s because face shields were not technically allowed, but even so, these masks were a big win as far as unobtrusive masks to go with cosplay. 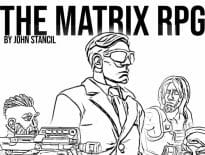