You are here: Home / Games / Tabletop & RPGs / 11 Crime & Mystery board games, ranked from best to worst

Monopoly is fast losing favor as a board game for people who actually like playing together. The UK Royal Family are prohibited from playing Monopoly, and regular people just don’t want to anymore.

If you’re tired of property managing your friends, how about a murder instead? Crime and mystery games include elements of deduction, skill, luck – and usually, deception. If you want to know how well you really read other players, try these games next.

Clue isn’t the only choice if you’re a crime, mystery, or procedural show fan.

Here’s an investigation of 11 crime & mystery board games, ranked from best to worst.

Mysterium is a turn-based mystery game riddled with supernatural elements.

It’s pretty popular, and a version of Mysterium is available from Steam for electronic tabletop gamers.

One player assumes the role of the round’s ghost. Other players are the game’s psychics and are tasked with figuring out the specifics surrounding the murder as the game continues.

Cards contain a variety of creative weapons and murder methods.

It’s what Cluedo would play like, but with a corpse that can talk.

Sleuth is a turn-based card game created by Sid Sackson. If you’re wondering, this is unrelated to the 1983 text-based video game also named Sleuth.

For Sleuth, the entire game is based around hiding a card that’s referred to as The Hidden Gem. Players make their way around decoy cards (other gems), and have to guess at what cards other players are holding.

Deduction is the main point of Sleuth.

Players who can lie creatively about their selection of cards will have the automatic upper hand.

One Night Ultimate Werewolf isn’t your average mystery game: the title might already be an indication of this. The mystery is for players to figure out which (other) player is the werewolf for the round.

Hint: you can’t just point to the hairiest one.

Played with cards, Ultimate Werewolf gets praise for its balance between playability and speed. Games are quick, but it’s always tempting to play one more.

Chronicles Of Crime is a modernised crime investigation game, which lets players assume the role of the investigators.

Players collect evidence as the game continues and piece this together to make up the rest of the case. Cases are preselected, and you’ll only be likely to play through Chronicles a finite amount of times.

It’s more predictable than games like Clue, Sleuth, or Mysterium – but still a worthy mention. An augmented element of the game has its virtual assistant keeping score.

It’s what CSI: The Board Game should have been.

5. Agatha Christie’s Death On The Cards

Agatha Christie’s Death on the Cards provides a tabletop tour through a familiar canon for most mystery fans. If you know the plot and characters, you’ll love the game’s premise (but no, it won’t make the game easier to complete).

Players are presented with their cards, and each round brings them closer to the truth: whodunit?

Randomness and deception mean Death on the Cards can be replayed without the same results.

Mr Jack is an interesting mystery game set in the time of Jack the Ripper. Unlike most co-operative board games, Mr Jack is best played with two players.

As the saying goes, all work and no play makes Jack a dull boy… What about being Jack the Ripper for a few rounds?

One player assumes the role of Jack the Ripper, while another player is hot on his trail.

For Jack, the goal is to escape from Whitechapel District before being accused of the infamous murders (represented by character tokens over the board). The opponent’s goal is to make sure Jack doesn’t.

The good news is that it was a good game long before Downey Jr. or Cumberbatch played the Baker Street detective.

Instead of a board or cards, players read the available scenario from a casebook – and from there, continue to play with other resources like maps and booklets that reveal information about each case.

Ravensburger: Scotland Yard is a classic game of pursuit with a Sherlock Holmes-like feel to it.

Players catch up to antagonist Mister X through 13 rounds. Transportation tickets are part of what moves players forward, with the goal to make it to the same space as Mister X for a snare.

It’s well-playable for adults, but also lighthearted enough for younger players who are into mysteries without the aspect of murder.

9. Mystery Of The Abbey

Mystery Of The Abbey is best for 2 to 6 players, and seems best described as Clue played in a completely different era.

If you’re familiar with games like Clue, then Mystery of the Abbey is just familiar enough.

A monk has been found murdered, and it’s up to players to solve it by moving around the board and collecting evidence. Interviewing other players for an answer is also an important part of making your way to the end.

Cards allow for variation and can make the final answer much harder to find.

Twin Peaks: Murder Mystery Game takes all the elements of a decent television show, and transforms it into a terrible game.

While it’s clear that its creators had an idea in mind, its execution is painful. The only murder mystery in Twin Peaks is which player will want to kill the host for suggesting they play it.

It’s listed at #10 because I’d recommend that copies of this game be buried in a bunker somewhere (and set on fire).

Monopoly, but someone shot the banker, and you have to play the entire game with a car battery wired to your nipples.

CSI: Crime Scene Investigation was a high-rated show. You’d think that this leads to a pretty decent game but deduce again.

Crime Scene Investigation: The Board Game is one of the worst-rated mystery board games in existence (at least, until a worse one gets made). The game is all-star power but has zero playability.

Common criticisms include its simplicity and lack of real chance.

You’ll hate the game unless you’re an obsessive fan with a shrine to the cast in your closet.

Alex J. Coyne is a journalist, writer, and regular seat-filler at various tabletop games. He has written for CollegeHumor, Great Bridge Links, Funds for Writers, Bridge Base Online, and more. His website is the best place to find him for samples, writing projects, and more.

11 Crime & Mystery board games, ranked from best to worst 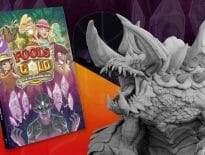 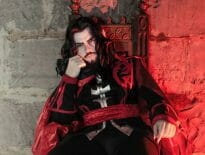