You are here: Home / Geek Stuff / RPG safety has always been important: A review of Safety Tools of the OSR Table

Richard J Sellati of R. Sell Games Publishing has published as a Pay What You Want an 8-page Safety Tools of the OSR Table.

It’s a great thing. If you find yourself firmly in the OSR camp, which is an identity for some and wonder whether safety is a consideration for you, then this download is essential.

Safety Tools of the OSR Table blows apart the myth that safety considerations in tabletop RPGs are new or unwelcome. Roleplaying games have always been safe spaces for geeks, especially those who needed it, and they’re not new. They’ve always been there.

It’s the development of more codified techniques, like X-Cards, that are new. You won’t find those here. In this case, the “R” in “OSR” doesn’t stand for renaissance or retro-clone. It stands for recreation or something like that. Safety Tools of the OSR Table doesn’t take the ethos of the early days and extrapolate with learnings to today, it’s more about looking back at how things were done previously.

The core of Sellati’s approach after that is to say that the OSR way is to be very clear as to what the game will be like, run a session zero to confirm and demo it, respect those rules and walk away if they’re not met.

That aligns very much with my approach. The truth is, for my weekly games, with friends I’ve been gaming with for two decades now, that’s our approach. We don’t deploy any other technique.

I know it works.

Separate Game and Character from the Player and the Real World

I disagree with some of the academic points made. These all live in the “Separate Game and Character from the Player and the Real World” argument made. Weirdly, I disagree because of a point R. Sell Games Publishing argues.

Firstly, “Games are about escapism not representation“. The raison d’être of Safety Tools of the OSR Table is to present safety tools from within the representation of the OSR community! You’ll see the irony straightway.

That’s important because without that representation, then OSR gamers might struggle to find escapism. The “is this for me?” would haunt minds otherwise. You can’t relax if you can’t be relaxed. It’s as simple as that.

Secondly, “Entertainment is more important than activism” is only a debate within the confines of playing a game. In life, games and fantasy worlds aren’t important at all. Real-life matters are important. As R. Sell titles the section; separate game from the real world.

Mainly, though, I think the issue here is the lack of definition of “activism”. If two bullies kick over a girl during a gaming convention and start putting the boot in, I expect action from nearby games. I hope people leap to their feet and intervene. I find as many do, inaction to be a powerful form of activism. Anyone who shrugs, ignoring the assault to concentrate on a mere game, is engaging in some unpleasant and powerful political activism.

I suspect this statement could simply be called “some gamers don’t want to talk about politics at the gaming table”. That’s a whole different issue and one I support. You’d still quit the table, which is your established prerogative by the guidelines set out here if you discovered the GM was a Nazi. That’s not mutually exclusive with “let’s not talk about stressful politics during our gaming time”.

The watch here, I think, is the possible alternative way of saying “Organic diversity through natural inclusion” as I’ve never encountered anyone using the phrase “forced diversity” who then went on to say anything sensible.

I’ve never actually played in any game where anyone was forced to play or accept a player. Thankfully. I can’t imagine it ever happening! Does it? I can imagine that if a GM kept using racist tropes as villainous NPCs, I’d quit. Or if a GM kept on shutting out the female players from the club, then I’d quit. Most people would. That, I guess, would be natural inclusion in action. That unpleasant GM would no longer be included.

Richard J Sellati’s core point of setting up a game and round rules that people respect is critical. Transparency and then the honesty to stick to what was agreed is what keeps games safe and fair.

There are loads of types of gamers these days. I’m at least three times the age of some gamers out there running their first-ever D&D game tonight, but I’m a fan of narrative games. It’s not as simple as old versus new.

I acknowledge that these are only games, yet I might still encounter a scene that makes me uncomfortable. It can’t be guaranteed that that won’t happen, we can only try, and my most potent move is also my most immediate; I can walk away.

I can only find my escapism if I’m playing with people I’m comfortable around. The early days of tabletop RPGs provided that. We geeks made safe spaces for ourselves.

We did so well, our community has grown, and we’ve developed techniques and structures to keep our spaces safe. We didn’t always have them, but the desire for safety was always there.

Overall, though, I think this Pay What You Want is most appropriate for OSR fans on the fence about having a Safety reference point. It’s an essential introduction to how things used to run. If you want recommendations for the Safety tools and techniques developed over the years, then there are other options such as the $7.50 Fate Accessibility Toolkit, free Safety & Calibration Cards and you can always get John Stavropoulos’ X-Card for free.

RPG safety has always been important: A review of Safety Tools of the OSR Table 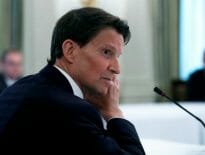 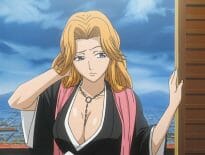