By Brian Saliba and Craig Schaffer, Rackham Vale is an OSR setting zine based on the artwork of Arthur Rackham.

Gavin Norman, the creator of Old School Essentials, described it as “an excellent new setting” and the 152 full-colour pages feature more than 100 illustrations by Rackham himself, 24 new creatures with OSE stats, an original map and dozens of adventure hooks.

The setting is out now, too. Rackham Vale: Fantasy Adventure from the Art of Arthur Rackham is available from Crowbar Creative in various formats.

And I’ll put my hand up here and admit my ignorance. I had no idea who Arthur Rackham was. I feel embarrassed about that now. Fortunately, Brian Saliba has kindly agreed to both a generous previous of the OSE setting but to pen a guest post about the important illustrator as well.

In my experience, there are two types of people: fans of Arthur Rackham and those who haven’t seen his art. If you were living in Great Britain a hundred years ago, you were highly unlikely to fall into the second category, as Rackham was one of the leading figures of what is now referred to as the Golden Age of British Book Illustration. At the time, illustrated children’s books were hugely popular, particularly as Christmas gifts.

But then a world war brought supply shortages, along with a host of other concerns, and effectively ended this fecund period. But the influence of Rackham and his contemporaries persists today. Creative luminaries from Freddie Mercury to Guillermo del Toro have cited Rackham as an inspiration—not to mention millions of children who grew into adults and had their own children and grandchildren.

As a lifelong Rackham fan and fantasy enthusiast, I decided to combine those passions and out came Rackham Vale: Fantasy Adventure from the Art of Arthur Rackham, which is available now at crwbr.com, Exalted Funeral, DTRPG, and Itch.io in various forms.

The goal was to give new life to some of his iconic artwork by creating a role-playing game setting inspired by and featuring it. Most of his work resides in the public domain now, which affords creators the opportunity to utilize it in their own projects. In addition, I hope to honor Rackham’s legacy and perhaps convert a few people from the “haven’t seen his art” to “fans” category. Here is a preview of the book, using an abbreviated biography of the man himself as a framework.

One hundred fifty-four years (and 6 days) ago, Arthur Rackham was born in Vauxhall, London.

He studied at the Lambeth School of Art before embarking on a career as a book illustrator.

While living in Wychcombe Studios near Haverstock Hill, he married his neighbor, Edyth Starkie, and a few years later they moved to Chalcot Gardens.

Their daughter Barbara was born in 1908. In 1920 they moved to Houghton, West Sussex, before settling in Limpsfield, Surrey, where Rackham lived the final ten years of his life.

He received widespread acclaim and numerous awards throughout his career, and, perhaps most importantly, sparked the imaginations of millions of children all over the world.

Nearly as prolific as he was gifted, Rackham left a voluminous and indelible legacy. Not merely an artist, he was a true fantasist whose imagination and talent created images that elevated the words they accompanied to new and daring heights.

To order a copy of Rackham Vale: Fantasy Adventure from the Art of Arthur Rackham, visit crwbr.com.

For more on the Golden Age of British Book Illustration, see this excellent article from the Norman Rockwell Museum. 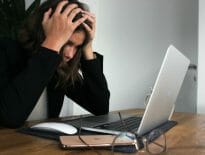 Sites Is the network down? ToolTester puts Xbox vs Plays… 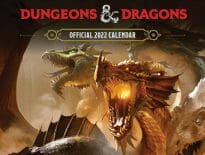