The Game Manufacturers Association, GAMA, has taken the dramatic step of expelling Jeff Bergren and his company TGG-Games from the 2021 Origins Game Fair.

A statement from the group states;

Harassment is any unwanted contact, which includes (but is not limited to): physical or verbal threats; unwelcome attention; stalking; unwanted photography or recording; offensive behavior; use of physical force; behavior that creates a disturbance or is dangerous; using sexually explicit or offensive language or conduct; excessive profanity; obscene gestures; use of racial, religious, sexual, political, gender, ability, ethnic slurs, or any other targeted comments which are intended to cause personal offense to another Origins participant, either in-person at the event or through social media channels.”

TGG Games, aka The Gaming Goat, has been making headlines of late, as discussed in the Audio EXP podcast.

A recent Kickstarter from the company was called out for allegedly hiding White Power symbology in the art. Bergen was marched out of GenCon in the fall out of that. 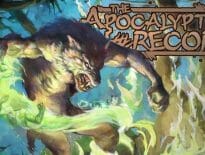 Tabletop & RPGs Onyx Path to give Werewolf: The Apocalypse 20th an… 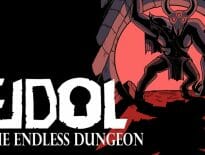