Featuring a trilogy of undead bands, Visual Prison is an anime about vampires and music.

It has a new trailer out, and with it comes the series main character poster.

Aniplex has also released a synopsis;

Ange Yuki is a young boy who is unable to fit in with his surroundings and has a strong sense of loneliness inside. When he finds himself alone in the world, he leaves his hometown to visit Harajuku, a town where the artists he admires are active. He encounters a live battle between the visual-kei unit ECLIPSE and LOS†EDEN. While Ange is overwhelmed by their energetic stage performance, he is suddenly struck by a pain in his chest. At that moment, Ange awakens as “Dhampir,” half vampire, half human.

The anime puts an emphasis on music’s ability to forge bonds, we’re told. Produced by A-1 Pictures, the anime is due out in Japan in October 8th. 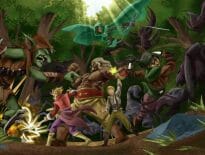 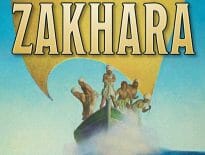