You are here: Home / TV / Wheel of Time TV series gets a trailer ahead of Amazon Prime launch

The first three episodes of The Wheel of Time series will be available on Amazon Prime on Friday, November 19th. After that, we’ll get one new episode every Friday.

The Aes Sedai, female magic users, gets much of the focus of this first teaser trailer.

We do get sight of Rand, Perrin, Mat and other characters. The trailer also includes glimpses of trollocs and what looks like a Myrddraal.

The Wheel of Time is one of the most popular and enduring fantasy series of all time, with more than 90 million books sold. Set in a sprawling, epic world where magic exists and only certain women are allowed to access it, the story follows Moiraine (Rosamund Pike), a member of the incredibly powerful all-female organization called the Aes Sedai, as she arrives in the small town of Two Rivers. There, she embarks on a dangerous, world-spanning journey with five young men and women, one of whom is prophesied to be the Dragon Reborn, who will either save or destroy humanity.”

The series spans more than a dozen books, started by Robert Jordan but not finished before he died and then passed on to other authors. 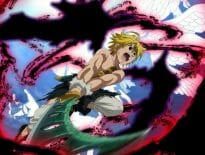 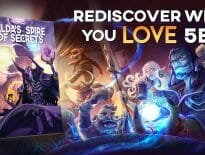