The Tricorder Collector’s Edition Boxed Set for Modiphius’ Star Trek Adventures can be used as cosplay.

“The first wearable roleplaying game” is how the publisher is describing it, although I’ve had plenty of gaming t-shirts before.

The set contains a 300-page core rulebook that’s been designed to fit in the tricorder bag, a campaign booklet, rule summary sheets, dice, tokens and character cards for the NCC-1701 U.S.S. Enterprise as well as the U.S.S. Lexington. The latter is featured in the Star Trek Adventures living campaign and the Shackleton Expanse Campaign Guide.

A magnetic flap at the top of the box helps keep the panel secure and looking like the original tricorder prop. The box itself is made from an ultra-density board while being robust and lightweight.

The core rulebook in this set has been edited to align with the Kirk era. That’s in line with the tricorder of the 2260s. Exclusive to the Tricorder Collector’s Edition is the campaign The Keyhole of Eternity.

The Tricorder Collectors’ Edition comes with character cards for the Lexington. That’s a ship featured in the Shackleton Expanse Campaign Guide, and that book is among the 6 other Star Trek Adventure products announced by Modiphius this week.

At 312-pages long, the Shackleton Expanse Campaign Guide details this infrequently explored region of the Beta Quadrant, and it’s an area that’s pretty much free for Modiphius to play in.

The campaign is a 10-part epic that starts in the TOS era and reaches into The Next Generation era.

Due out for Christmas and designed to be companions to either the original core rules, the new tricorder version of the very popular Klingon core rules are a Player’s Guide and a Gamemaster’s Guide.

The books each contain primers, looks at details and technology of the setting (six different eras) and rules for Starfleet officers, Klingon warriors and other crew.

The Player’s Guide offers tips on being a good player, quick builds and new character options. The GM’s guide has more help on planning and running a game and finding players for it. It digs into the game mechanics, offers new tools and optional rules.

Totally unrelated to the Star Trek Adventures RPG, but also very cool, is Playmobil’s Limited Edition Star Trek U.S.S. Enterprise which has come out at the same time, making this week a good one for planning gifts for any Star Trek fans you know. 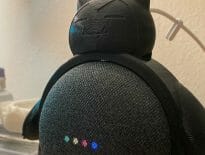 Cool Tech Turn your Google Mini into a Snorlax 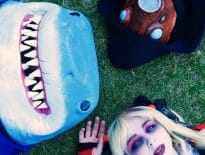