Kurt Potts has an RPG proposition that’s impressing Kickstarter this week. It’s called Lighthearted, it’s set in an alternative 80s and handles like a TV series.

The goal was $7,000, which is a non-trivial amount for a first Kickstarter project. Now, with 25 days still on the clock, there’s about $19,000 pledged, over 600 backers and it is going strong. You can find out more or join in on the project page.

You’ll play an 80s kid who is a Prep, Jock, Geek, Rebel or an Outcast and you’ll be at magic community college. Exams, vampires, parties and magical mishaps in equal measure sometimes.

Lighthearted is designed to help groups tell coming of age stories, and the system uses Trait dice and Emotion die, keeping the highest result. As a result, players have to be thinking about their character’s emotions for any given scene.

A pledge of $15 will get you the PDF copy of the rules and any digital stretch goals. Taking a step up to $36 adds the hardback.

It’s as simple as that. The estimated delivery is August 2021 and Gallant Knight Games are publishing and distributing the finished product. 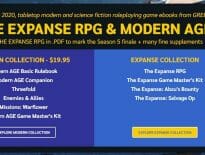 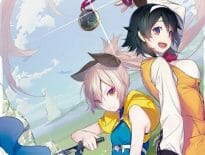 Anime An introduction to “The Executioner and Her …
wpDiscuzComment Author Info