The original “Dogs Playing Poker” is actually a series of 16 oil paintings by C. M. Coolidge, an American artist who died in 1934. All 16 in the series show anthropomorphised dogs but only 9 had the dogs around a table. The series, commissioned, in 1903 was to advertise cigars. 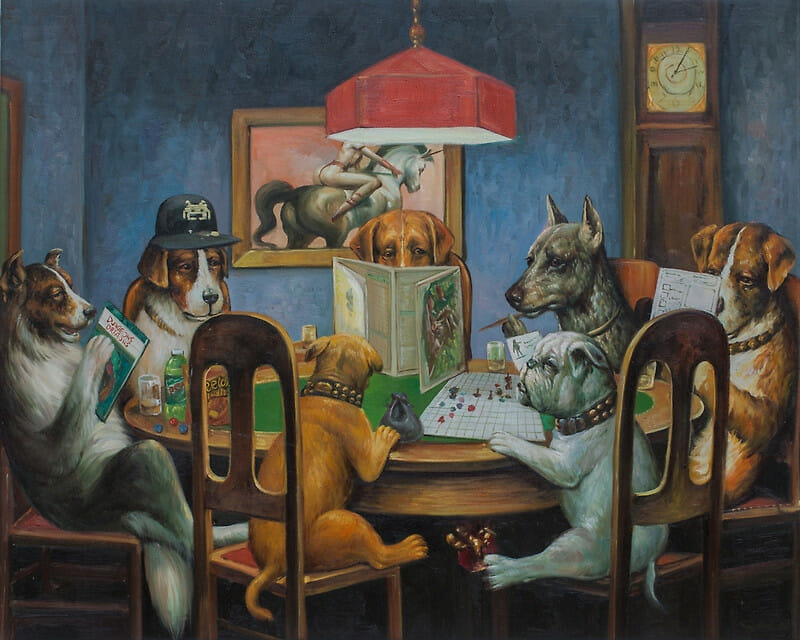 Tempted? You can buy this in various forms on Redbubble.

Movies Epic sci-fi mashup: Reach for the Stars with Inter…

Console The Tales from the Borderlands trailer says hi
💰 Copper Coins 💰 Geek Native is an affiliate and may earn commission on purchases you make from third-party sites.
🍪 Privacy & Cookies 🍪 The site uses cookies to survive. By accessing the site, you agree to use your browser to control cookie use or take 1d4-3 privacy damage (tracking). If you defeat cookies via ad blocking, please consider the Patreon. An intro to cookies, and how to control them, can be found here. I Manage Cookies